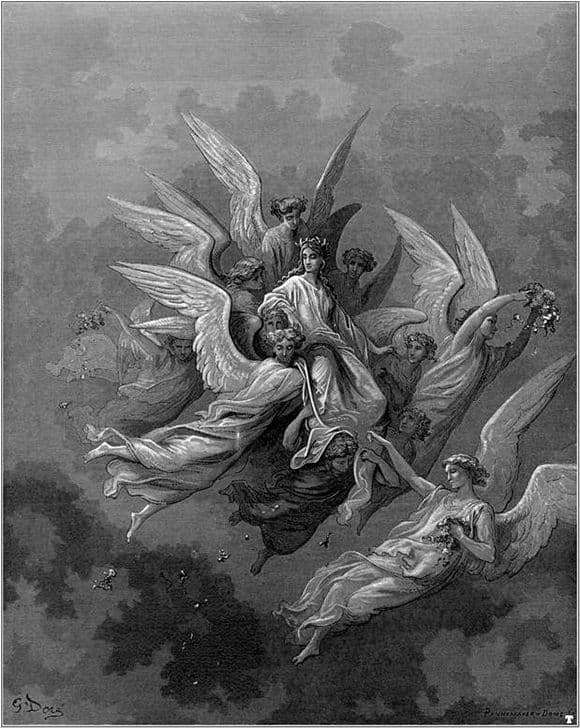 Dore created magnificent illustrations for various subjects of the Bible. They were published in various editions of the Bible in different languages. Many masters created plots on a religious theme. But it was Dore who became the most outstanding among them.

Impressively realistic engraver style. He was able to give each story almost a new life. If before believers perceived the existing frescoes and the mosaics created by other masters in a somewhat caricature, now everything has changed. Dora manages to portray the heroes of the Bible really alive.

Many contemporaries biased the painter and sought to constantly find only flaws in his works. But the illustrations were able to withstand a decent test. They are still practically the most vivid images of events that took place in the Bible.

Dore became the real ancestor of a completely new illustrated book, where the drawings are a harmonious addition to the text.

Before us is the master work of an engraver. Each of his creation is really impressive and excites its grandeur. It is not just incredibly lively, but also as volumetric. Dore succeeds in passing on the smallest details. The viewer involuntarily catches himself thinking that there is not a certain biblical story in front of him.

It seems that before us is what really happened in the modern life of Dora. At the same time, it is absolutely unimportant that angels cannot exist in ordinary life. They are as tangible as possible. We see not only the flight of angels, but also the movement of air masses. I would like to consider each engraving in the smallest details and correlate it with the plot of the biblical story.

In this lively perception, Dore’s true mastery. That is why his work and could pass the test of time. Perhaps these are the best illustrations of the Bible.