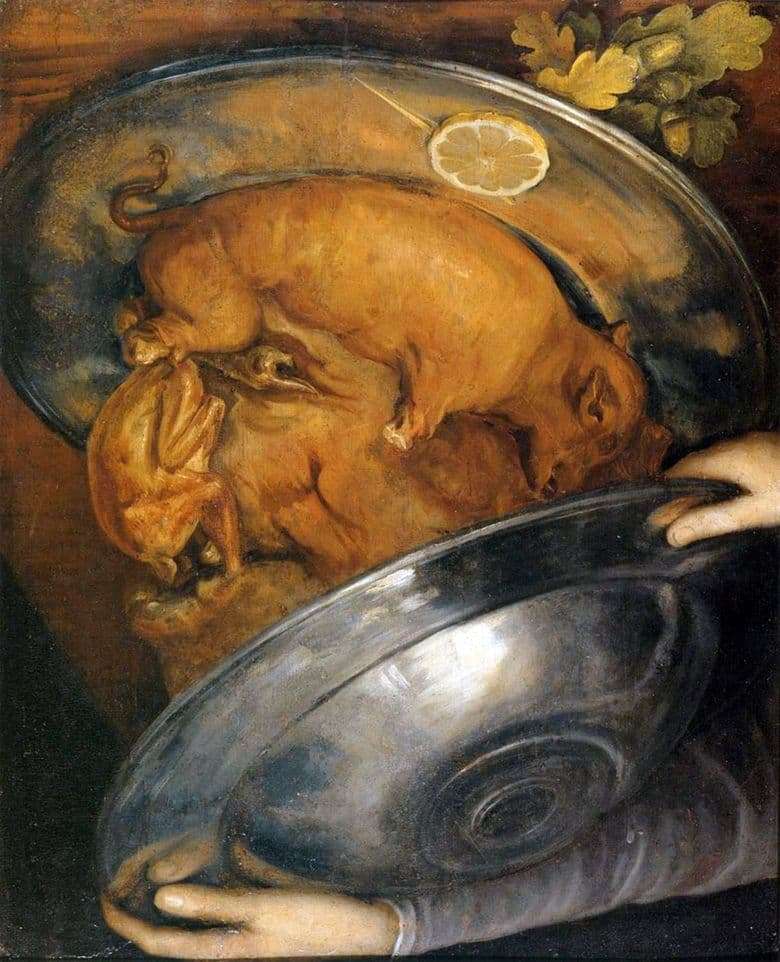 Portrait go still life? Hot or face? “Cook” is one of the most successful and entertaining visual illusions of Arcimboldo. The court portrait painter of the emperor Maximilian portrayed the chef, which once again earned the praise of a high person.

The basis of the image with anthropomorphic features is the technique of pareidolia (creating illusions and based on images of other real objects). On the open silver tray are whole baked rabbit, turkey and suckling pig. In truth, the imperial treat. When you turn the canvas, they turn into a rather gloomy features of a human face, and a plate into an element of knightly armor. A little imagination and green leaves become an elegant feather. Such experiments were not uncommon in the Renaissance. Giuseppe Archimboldo was their recognized master during his lifetime.

“Being determines consciousness” – the artist of the sixteenth century tried to express this postulate long before Hegel and Marx in the film “Cook”. But he expressed it not with a pen, but with a brush. The second “inverted” image unambiguously hints to the viewer about the dualism of being (its two beginnings). Rene Descartes approached the understanding of this philosophical category, a hundred years later. It is difficult to interpret the paintings of Archimboldo, because the viewer is separated from the Renaissance for several hundred years.

Some researchers consider the work of the artist the anticipation of surrealism. His imitators can be found even in the 21st century. The picture is perfectly preserved to this day. You can get to know her at the National Museum of Sweden in Stockholm.