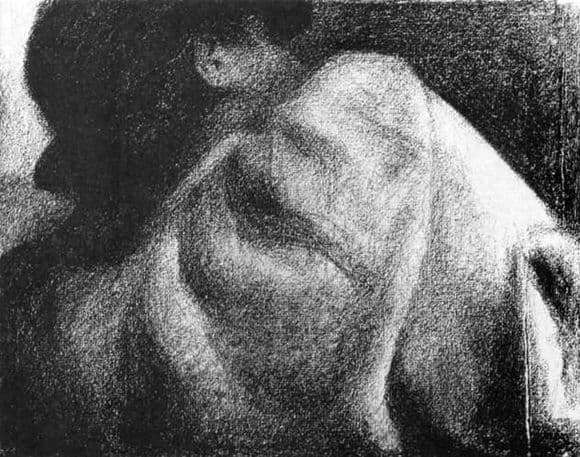 The Parisian artist Georges Seurat belongs to the representatives of post-impressionism. During his short life, Seurat managed to get a good art education, write a series of original paintings and even create a new direction in art.

The invented branch of painting was called “pointillism”, or “divisionism” in another way. Later, the rest of the fine arts masters began to work in this style.

Pointillism was to create images using individual points. When considering the paintings made in such a manner at a distance, small details harmoniously merged, obeying a simple optical effect. This unique style of painting is read in the picture Seurat called “Sleeping.” The idea of ​​the canvas corresponds to the main flow – post-impressionism.

Displays such a long state of man as a dream. The Impressionists, on the contrary, captured momentary impressions.

The Sleeping style of writing is pointillism. You can immediately notice the point fragments on the canvas, which smoothly merge into a single large image of a sleeping person. This is a man, but it is difficult to guess his age, since the face is not visible.

The character is turned back to the audience. He wears a slightly crumpled shirt and a hat on his head. It seems unusual to observe falling asleep in this form. But, apparently, wild fatigue knocked this man off his feet.

Seurat perfectly reflected the condition of a sleeping man. He seems to be immovable, calm, in the realm of dreams. As if he escaped from the hustle and bustle of the day, he hid from everyday life.

Despite the use of the artist only black paint, the picture turned out to be emotionally bright and understandable to everyone. The work was created in 1884. An unusual portrait of a sleeping gentleman came later in a private collection.