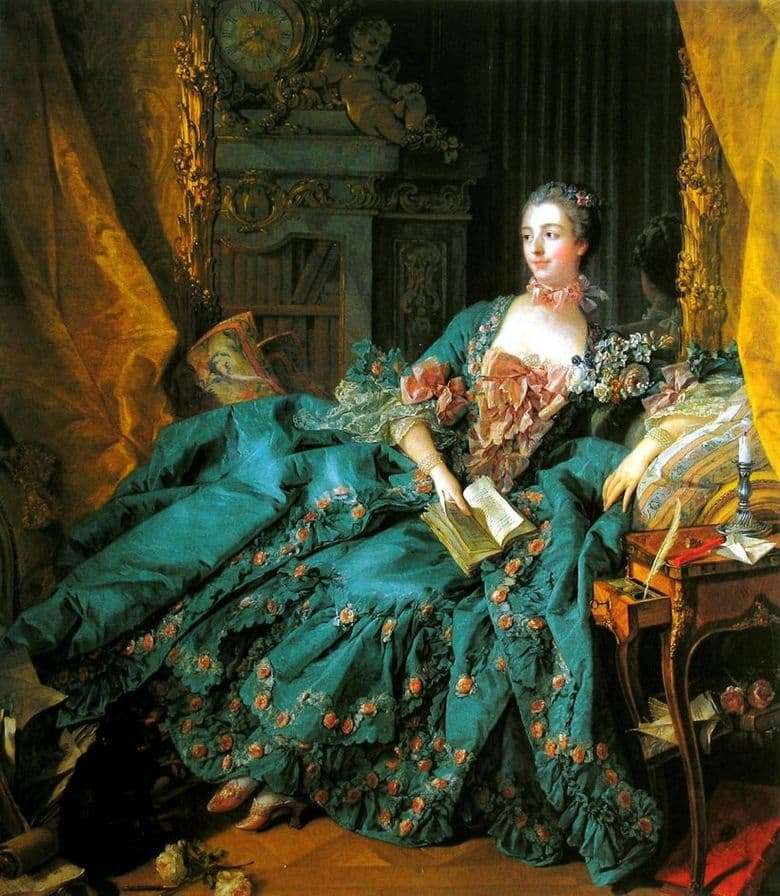 Francois Boucher was not considered a portrait painter. For all his creative life, he painted more than a thousand paintings, of which portraits are just a little more than a dozen. Most of these portraits are images of the Marquise de Pompadour.

The name of the Marquise de Pompadour was known to many even during her lifetime. She had a love relationship with Louis 15. Despite the short relationship (about five years), their friendship was preserved in many areas.

Pompadour sympathized with Bush, considered him a genius. It was he who entrusted her to paint her portraits.

In the painting “Portrait of the Marquise de Pompadour” we see a young girl lying on a couch in a nice boudoir. She is dressed in exquisite and expensive dresses, and looking at her shoes with heels, we can no doubt say that this is the Marquise de Pompadour, a great fashionista. Marquis managed to introduce in Versailles the rule to wash frequently (she was shocked by the “aroma” of urine, sweat and dust that was in the air of the palace). Boucher, drawing roses on her dress, wanted to show the purity and fragrance of the awning with these wonderful flowers. The plot is based on the views of the Marquis on the book read. Madame was the patroness of art and literature in France – this is emphasized by the book opened in the hands of the girl. Behind her is a mirror in which we can look at her hair.

Despite the realism of the image, Marquis de Pompadour occasionally reproached the artist for writing her beautiful, though not very similar to herself.