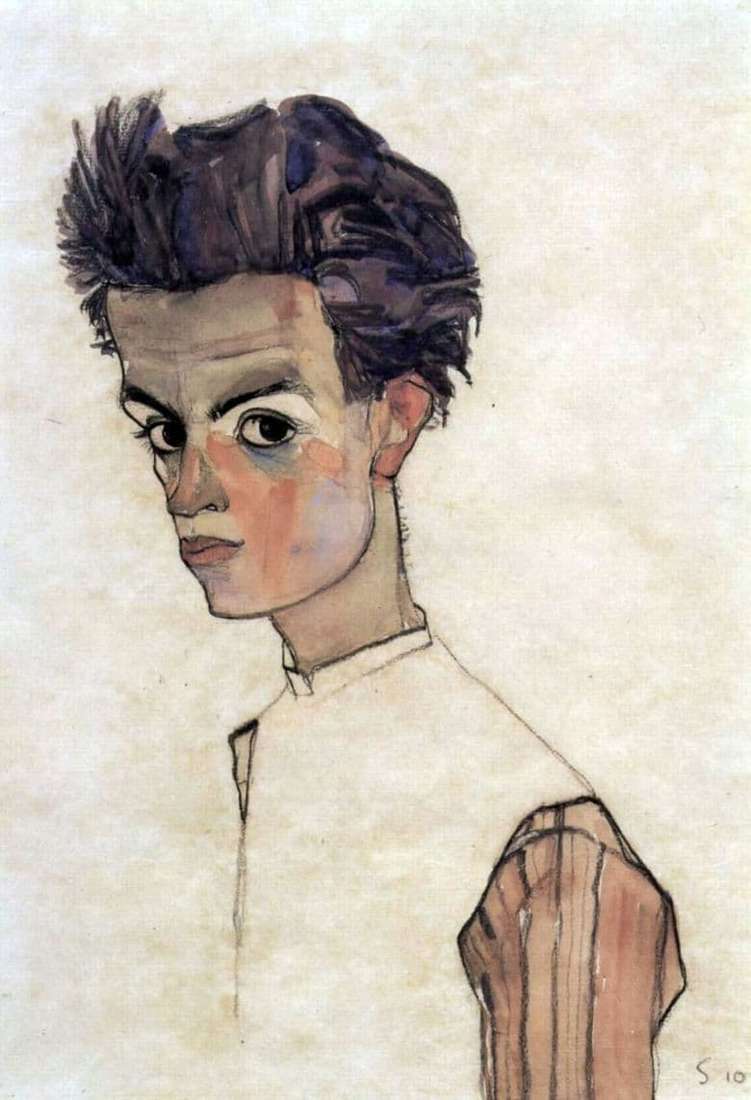 Egon Schiele – expressionist artist, known for his favorite theme to depict the human body. He managed to revise the academic painting, which considered the body solely as an object. His body acts as a subject, he is constantly trying to figure out why the body is needed. Self-portrait throughout his creative life remains a favorite genre.

Sile has painted over a hundred of his self portraits. He liked to draw himself, to capture the pose in which he is at a certain moment, the look in general. Gestures often on such self-portraits he does not look very natural. The whole image is like some kind of opposition, some kind of rejection of its mirror reflection. While depicting a person, the artist is trying to understand how it is to be a person, what is a body? He does not care who is in front of him – it is important for him only to find out what it is like to be in another body.

Consider his “Self-portrait”, which was drawn by Schiele in 1914. The picture is made on paper with gouache and black chalk. The size of the image is 46×30,5 cm.

In the picture we see a neutral background in white. The artist, characterized by his sharp and hard line, shows how the body lacks confidence, tries to convey its character – slightly nervous and a little sharp. The body (as a figure) does not have smooth outlines, on the contrary, it has angles and irregular shapes.

The expression can only be conveyed by an orange background, the only bright flashy detail. Egon Shita has little interest in the external shape of the body, he is not interested in beauty and harmony. However, we can see how deep the model is with the model itself.