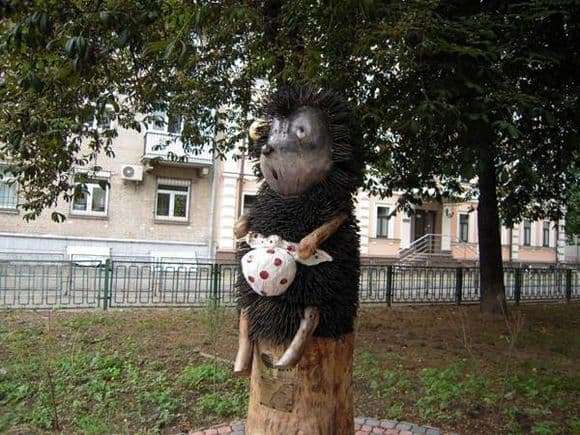 We all come from childhood. This phrase has long become winged. And this is the true truth. Children direct, kind, sincere. Their worldviews are formed, of course, by parents and cartoons. Soviet children did not watch their favorite cartoons every day, but they knew each of them practically by heart.

Cartoons used to be less colorful than computers do today, but they were not worse off. Since childhood, we remember all the characters, we recommend these cartoons to our children. Now there is no such thing. The world of cinema is full. Every day there are all new plots that often copy one another. Soviet cartoons remain in our hearts forever. And if you ask anyone who was born in the USSR, does he know who the hedgehog is in the fog? That answer will certainly be positive.

This cartoon, created back in 1975 by Yuri Norstein, amazes everyone who watched it. So, at least, it was before. We often use different phrases that have come into common use and become wings.

Therefore, it is not surprising that such a character could not be immortalized. Yes, there is also a monument for the cartoon character. It was installed in 2009 in the city of Kiev. They decided to create a hedgehog from wood, he sits on a stump, in his paws he has a knot. Needles were easy to make, because all that was needed was screws.

It is remarkable that the character from the cartoon was appreciated according to merit and immortalized, because it causes interest not only among adults, but, and most importantly, among children.