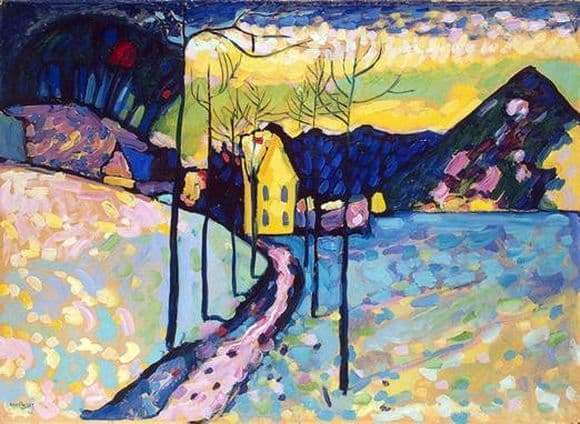 Wassily Kandinsky is not only a great Russian artist, but also the founder of graphics and abstraction in Russia. He was born and grew up in a merchant family. Initially, the young Vasily was trained for a respectable share – the work of a lawyer. The future artist successfully graduated from a university in Moscow.

Then for three years he works in it as a teacher. Later he moved to Germany, at the invitation of one of the universities. Shortly before the trip, Kandinsky attends an exhibition of paintings made in the style of impressionism. His first visit to the desire to become an artist. The final definition of the profession allows acquaintance with the works of genius Claude Monet, namely his masterpiece “Haystack”.

Thus, a successful lawyer, a teacher at a German university at the age of 30 decides to start all over again and become an artist. In this field, he also quickly achieves success. Already in 1910, the master participates in the first exhibitions, and a year earlier, in 1909, he organized an association of artists in Germany. It is called the “Blue Rider”.

It was during this take-off period that Wassily Kandinsky painted his famous painting Winter Landscape. The canvas is made in the favorite style of abstract art. The colors chosen are quite bright. Deep blue contrasts confidently with tones of yellow. The technique of applying paint on canvas deserves special attention. Large, chaotic strokes are the result of the influence on the master of creativity of Claude Monet.