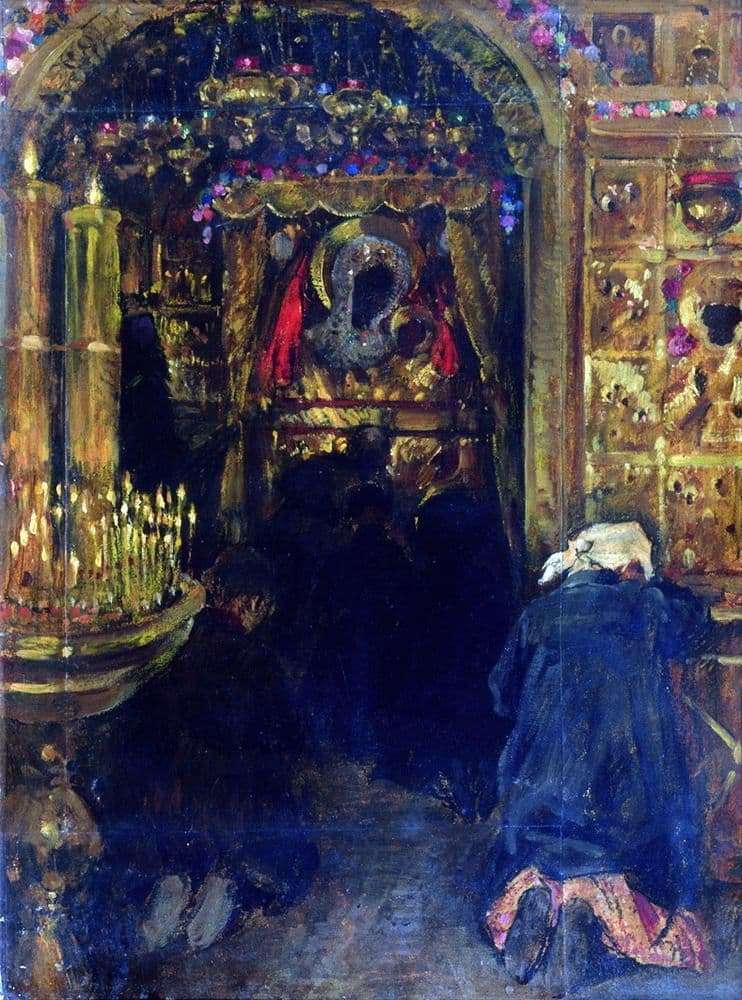 Russian art has brought up many Russian masters, whose works we can admire to this day. In the years 1880-1889 graduate of the Moscow School of Architecture and Painting. He studied with such teachers as Hilarion the Pryanishnikov and Vasily Polenov. He was repeatedly seen at drawing evenings, which Vasily Polenov spent. From 1888 he bore the title of a class artist. Since 1916 – member of the Academy of Arts.

The artist loved to depict church themes. The most beloved church holiday was Easter, which he associated with faith in a bright future, life and the fulfillment of all hopes. He had great diligence, patience. Thanks to this, he was able to reach creative peaks, leaving far behind critical realism.

In 1890, wrote his picture “In the church.” We see figures on the canvas praying figures that bowed before the altar of the Mother of God. Despite the fact that the figures are painted in dark, gloomy colors, the picture itself does not look like this – it seems so light, promising hope to the believers. The picture is filled with air, sun and light.

Sergei Vinogradov was pleased to take part in exhibitions that were held by the community of artists, art associations, “World of Art”. Sergey’s paintings were exhibited in different cities of the world – New York, Dusseldorf, Riga, Paris, Berlin, Prague. Since 1923 Vinogradov lived in Latvia. Here he taught painting. In the winter (February 5) of 1938, he died in Riga, was buried at the Pokrovsky cemetery.