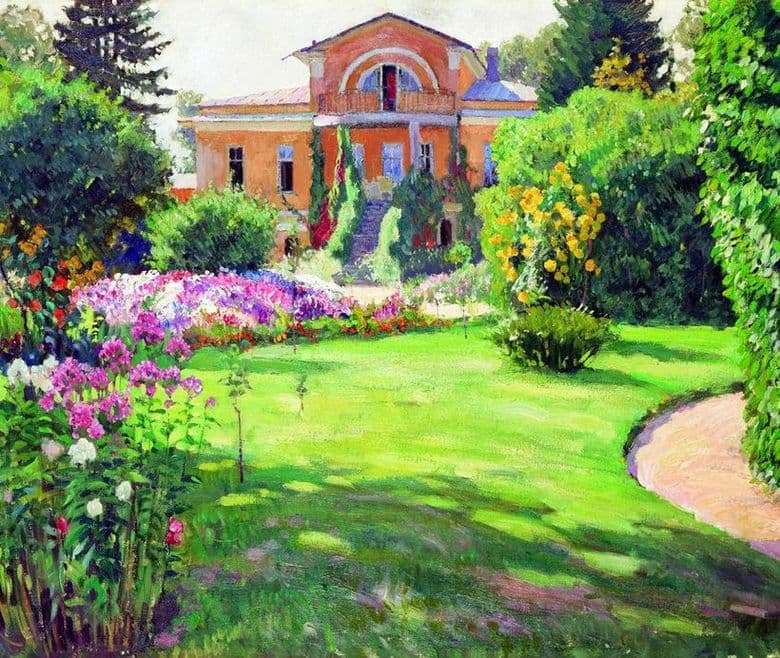 The great passion of the artist Sergei Vinogradov was drawing old estates. An entire period of his work is devoted to similar landscapes, encompassing nearly twenty years of his life. Together with Stanislav Zhukovsky, Vinogradov became the founder of a whole trend in Russian painting, which was called “the estate”. In addition to the estate itself, Vinogradov depicted palaces, parks, palace interiors. In those years, painting Vinogradov was incredibly popular – rich people queued up to order him a picture of the interiors of their own house or landscape with a picture of a garden.

All Vinogradov’s paintings of this period are characterized by high spirits; it is achieved primarily due to the feeling of a sunny day, which the artist depicted in all his paintings. In life, the artist was just as positive and active – he organized exhibitions, introduced people to each other, was partly a philanthropist in the field of art. In the last period of his life, during the Soviet era, he emigrated to Latvia.

The painting “Manor” depicts an old mansion surrounded by flowers and greenery. Judging by the color, the mansion is made of bricks; to the entrance with high glazed doors leads the main staircase, twined with ivy. On the second floor – a charming balcony overlooking the garden. The driveway winds between neatly trimmed bushes and flower beds with bright colors. Transparent air, the sun flooded the whole picture, the variegation of colors – according to the artist’s plan, the picture always had to cheer up everyone who looks at it.