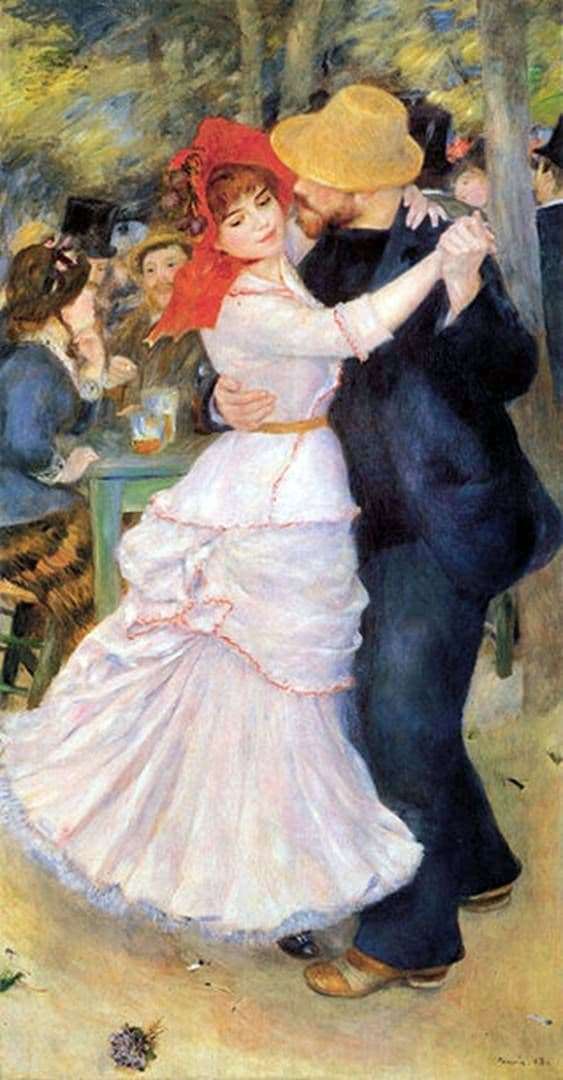 Renoir is a French artist, impressionist, the first representative of this trend, who achieved success with society. Like all the Impressionists, he tried to convey life most accurately and fully – not only life, but his own sensations from it – believing that it consists of moments and the only thing a person can do so that they do not leak through their fingers is to keep them accessible. means.

His paintings are usually inherent ease and mobility, as if they are ready to move in the next moment, to develop the moment captured by the artist.

Renoir himself is a man selflessly devoted to painting. This is evidenced by at least the fact that at the end of his life, paralyzed and confined to a wheelchair, he still continued to write with his practically unbending hand – the nurse inserted a brush between his fingers.

Bougival – the western suburbs of Paris, which is called the “cradle of impressionism.” There, many masters experienced a rise of creative forces and, as it were, a new beginning.

Trees covered with fresh foliage, overall feeling of summer and joy. The central couple is also clearly from the rest. The girl has a dress with pink trim, a hat with flowers – such are called “pretty”. A man leads, he is dressed in dark blue trousers and a shirt, a straw hat hides his face. You can see only the beard and part of the profile – the girl’s face is visible. She turns away from her partner, opening herself to the viewer, but turns away, not because she dislikes her – this is sweet coquetry.

The background behind them is blurred, which gives the dance a sense of movement.