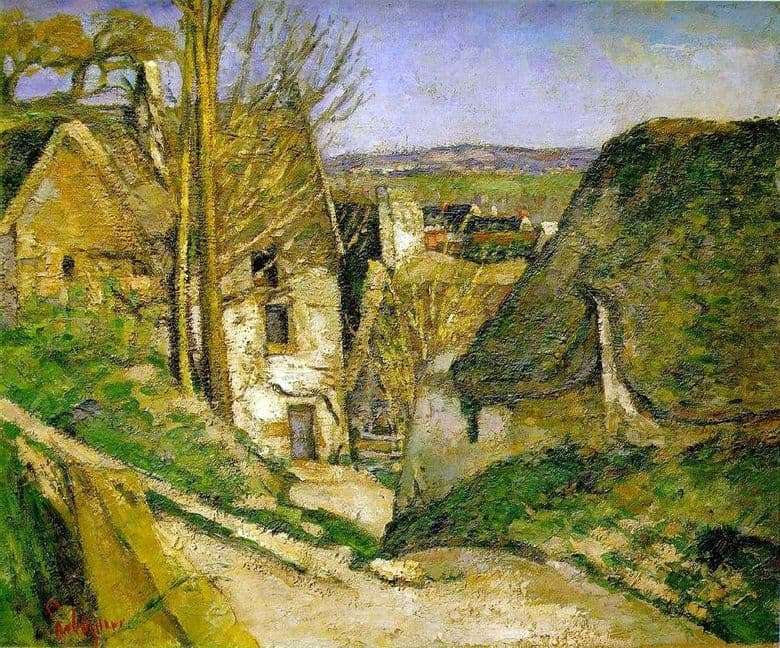 Paul Cezanne was a famous impressionist. His work “The House of the Hanged Man” has only one goal – to make a definite impression on the viewer. Based on the name of the work, it becomes clear that the picture should repel. No one likes to look at work, in the title of which death itself is encrypted. Paul really achieved the desired success. The picture received a lot of negative reviews right on the day of the exhibition, and exactly the same number of positive ones.

In the picture you should not look for the same house where a man recently hanged himself. It is possible that this building is not there at all. The whole picture is this “home”. We look at it and see only greens burning out the eyes. Where is the rope with the loop on which the stranger hanged himself? We see nothing, and we can understand nothing.

The artist decided to play with us, with our mind. We see houses, trees. It is worth a closer look and an understanding comes that all the lines are very blurred, all objects are intertwined with each other. We can not understand the right is depicted grass or the roof of the house. We are confused by the green color that turns the picture into continuous chaos.

The house, depicted in the center of the work, is also intertwined with another building. We can not draw the line between these buildings, why the house seems to have an irregular shape. On the second floor of the building, placed an open window. You have to peer into it. What is hidden there? Perhaps it was there that lay the cold body.

The picture lacks the concept of perspective or the correctness of the construction of geometric shapes. The artist intentionally distorts all objects, turns them into a glued mass.