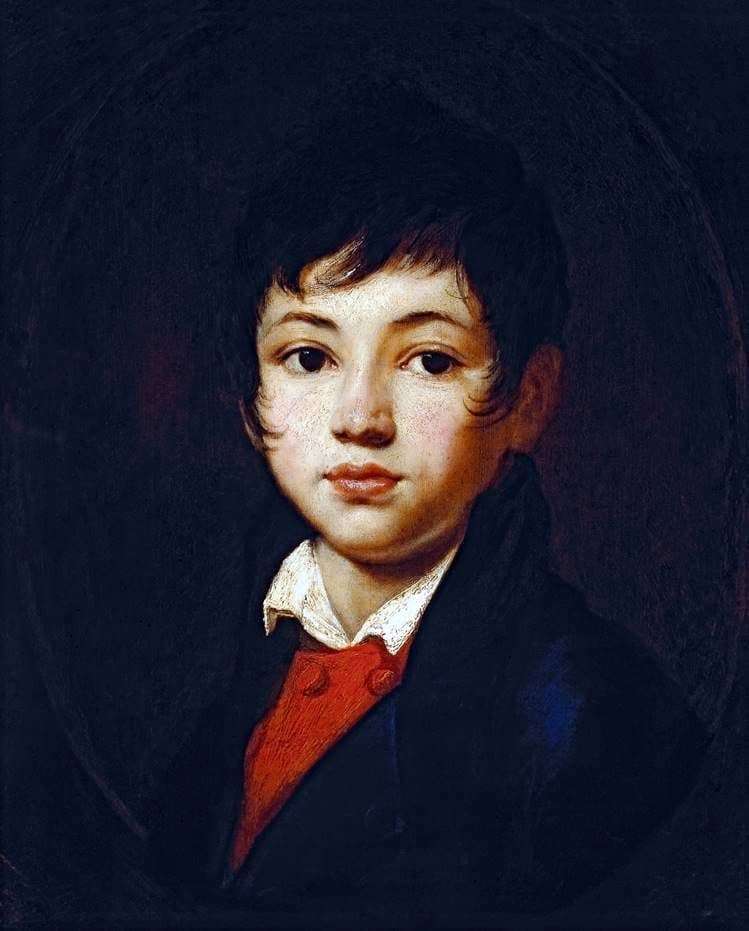 This is one of the best paintings of Orest Adamovich Kiprensky. Thanks to this invaluable work, the author of the work founded a romantic current. The masterpiece was created in 1809. A year earlier, the artist had just started writing the work. Still young, but quite famous in his circles, the painter took up writing a portrait of a boy of 12 years. At the beginning of the next year, the picture was presented to the public, and she appreciated it.

It was Orest Adamovich who in his work could fully depict the image of a child. Many artists also created portraits of children, but all of them were depicted older. Kiprensky was able to convey not only the exact age of the boy, but also the whole depth of his childish soul. Success awaits not only the author, but also his model. The boy will go to the Corps of Pages, will take part in the war, but all this later.

The canvas depicts a naive little boy who, like all his peers, wants to become an adult man as soon as possible.

The boy depicted in the portrait radiates calm. Kindness and peace. He won the hearts of many viewers with his naivety. His large, dark eyes glow with love for the world around him. Plump, scarlet lips are about to spread into a smile. The boy has thick, dark, ruffled hair and a round, pretty face. If you look at the portrait for a long time, then you can immediately imagine the picture: the boy is very tired to pose and, at the slightest opportunity, will leave his place and run to play with the same boys as himself.

If you look at the picture intently, you can see dreams in the boy’s eyes, but they are no longer childish, as they were before. These are dreams of the future. The boy is not quite naive, as it may seem at first, he is intelligent and educated, with a strong, strong-willed character. His image is mysterious and unpredictable overnight.