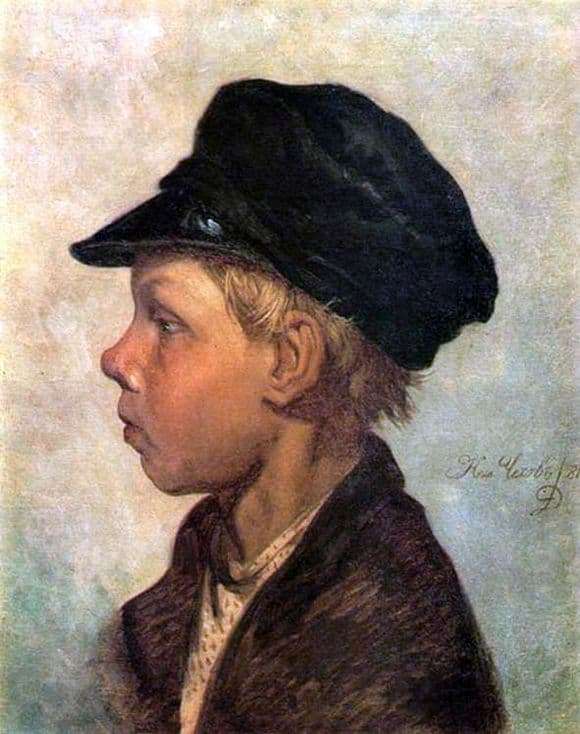 If you read the stories of Chekhov, you will surely find a very interesting picture of his brother. Vanka Zhukov, who wrote a letter to his grandfather, existed only in our imagination.

Now he comes to life and acquires quite lively features. Immediately clear what he wrote in his letter to his grandfather. He does not just complain about his hard life. You can read the real feelings of the hero and understand his life.

Vanya in the picture harmoniously complements the literary image created by Chekhov. We see a ten year old boy. At such a young age he is sent to study at the shoemaker. From this time he begins to explore the world from his reverse side. Life becomes almost unbearable.

The boy hears only threats, he is constantly beaten. It is likely that the teacher himself once lived in exactly the same conditions. It was these bashing that caused him to forget that there is a place for kindness and mercy in the world. He is not given to understand that not everyone can constantly withstand such an attitude. Vanya is also unable to endure it anymore, and asks his grandfather to take him away.

The painter manages to create a really lively image of a boy. We see a large cap, which is strongly hung on the head of the hero. Clothing is simply great for him. But at the same time, we see that it is really neat. Roly already used to constantly working since early childhood. He used to put himself in order himself, and this is commendable.

The artist focuses our attention on the look of the hero. On his face one can read complete longing and complete doom. We feel that he greatly missed his native village, his beloved grandfather and his entire past life. He does not cry, because he has forgotten how to do it. Vanka had to grow up too early. He is staring at the world.

Chekhov conveys his special love for the hero with the help of special details of the boy’s appearance, colors in clothes. We are unwittingly transmitted this attitude. We feel special sympathy for Vanka.