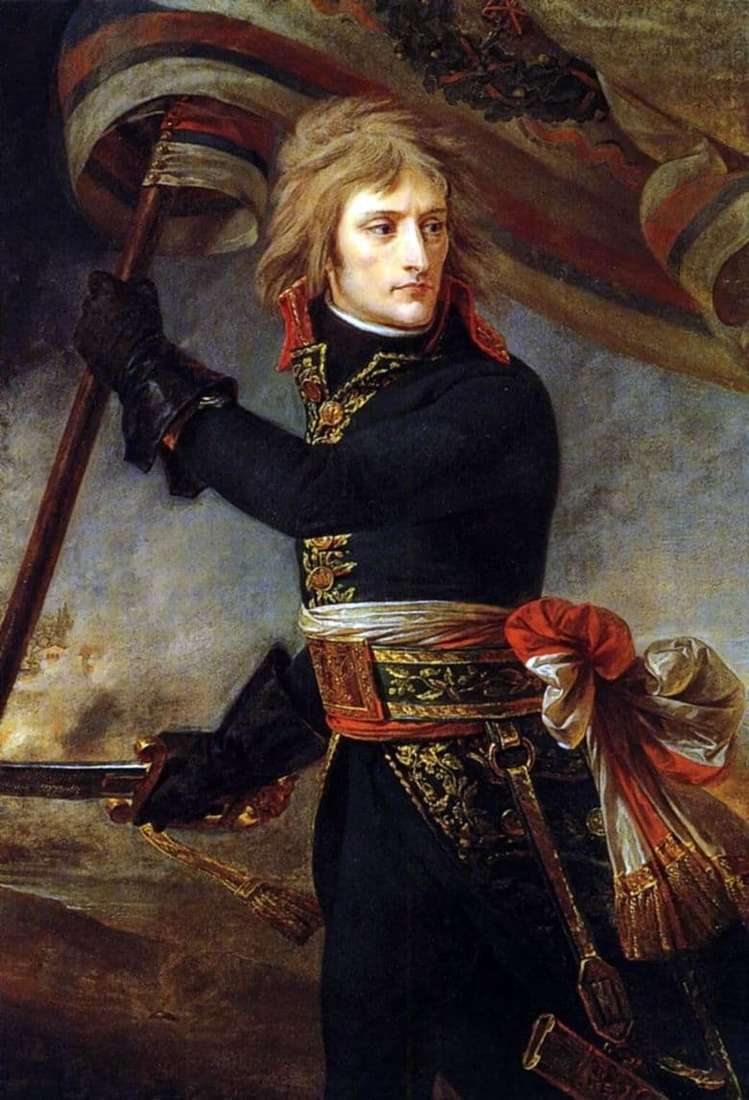 The second half of the 18th century in the history of painting is marked by a special time – the era of romanticism has come. She was led by the figure of Napoleon Bonaparte, and it would seem that such an imperious figure having come to power, having carried out so many revolutions, should have paid attention to ordinary realism. But no, pathos, majesty, pomposity – everything that imperialism blew, began to surround that era. Artists, as if by agreement, began to delve into history, to the times of the Roman Empire, thus creating masterpieces of romanticism.

The events on Arkolsky Bridge are among the most remarkable in the life of Napoleon, they clearly showed the character and determination of the emperor – there he picked up the banner that fell to the ground and led his soldiers across the bridge. This is an episode from the life of the great commander, and later the emperor on his canvas in the spirit of romanticism depicted by the French artist – academician Antoine – Jean Gros.

In the events that unfolded on November 17, the end of the 18th century, the figure of Napoleon is depicted in a magnificent uniform, with a raised banner in half turn, a cold and decisive glance looks at the retreating army, saying to make one last spurt that will bring the future emperor one of the most significant victories and decide the outcome of the whole war.

Such Napoleon, performed by Gros, was the most dynamic and favorite among all his portraits. So for the first time a man of a completely new era was embodied – a romantic hero. It is noteworthy that the picture turned out to be so significant due to the personal impressions of the author, Gro accompanied Bonaparte in the Italian company and saw all the events with his own eyes.