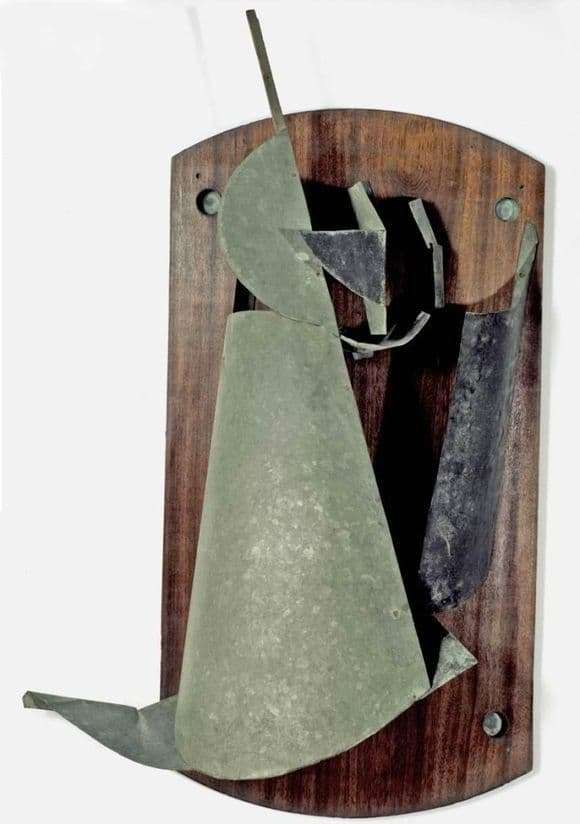 Since 1913, Vladimir Tatlin has made his first revolutionary attempts to create sketches at the junction of two related fields of art: sculpture and painting. The result of artistic experiments became “counter-reliefs”. Finished pictorial constructions in their appearance signified for the designer a new sharp turn in creative activity. Previously, he was engaged in figurative painting and was known primarily as a theater artist.

In his workshop, Tatlin turned from a painter into an engineer: instead of brushes and oil paints, he was surrounded by hammers, machines, saws and other tools.

In the spring of 1914, the first exhibition of the master’s “material rebounds” opened in Moscow. The expositions consisted of three-dimensional paintings, the elements of which were of various shapes and materials and were attached to the base. The artist focused on the nature of the surface of the material

and on its textural properties.

The Cubism inherent in the beginning of the 20th century in the writings of the painters was transformed by Tatlin into relief compositions of metal structures, wooden planes, glass and plaster. Unprecedented combinations in the works created a special aesthetic effect. Constructivism was for the designer a new way to see the world around us: plastic, spatial, sculptural…

The concept of “counter-relief” is contrasted in art with “relief” – the ancient and medieval traditions in visual art. Unusual designs, no doubt, are also grand and beautiful, but in a different way – the logic of their construction and convincing completeness fascinates. Looking at Tatlin’s exhibits, you see the skeletons of the cities of the future, their unbreakable foundation and bold aspiration to the sky and Cosmos.

“Counter-reliefs” are a kind of artistic bridge between classical painting and future-oriented avant-garde architecture.