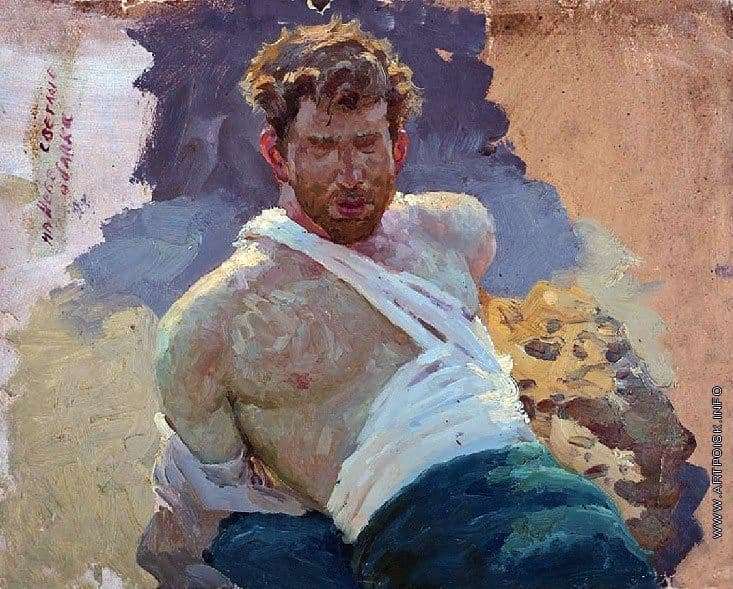 Yuri V. Volkov – an outstanding Soviet artist. He participated in the Great Patriotic War and created realistic paintings with battle scenes. Volkov philosophically approached his works, portrayed military events with particular depth, revealed in them the meaninglessness and insanity of racial ideas.

In 1951, the artist created a large-scale two-meter canvas called “Chersonese dead end”, in honor of the completion of the defense of Sevastopol from the Nazis during World War II. In his work, Volkov displayed the unsuccessful evacuation of German soldiers from Cape Chersonese. The plot of the canvas: the fascists are retreating, taking the stolen things on the cart, but then there are Russian bombers and drop bombs on the invaders. Many people die. The horse was killed, the cart was turned upside down, and part of the loot poured out of it. Around the turmoil, lie dead and wounded. In the foreground lies the body of a dead soldier. A little to the right you can see the wounded German, who lies half in the water. It is this character alone is presented in the picture “Wounded.”

The canvas entitled “The Wounded” was written in 1950 as an etude for the composition “Chersonese deadlock”. The painting depicts a man lying on the ground with a torso bandaged with bandages. He is wearing dark green soldier’s trousers. The soldier’s hair is tousled, his eyes are closed, and his mouth is slightly open. His face is contorted with the agony of pain, despair and fear. He is awaiting the return of Russian bombers, afraid to hear again the roar of approaching massive aircraft.

This study helped Volkov create a complete picture of military operations. The artist most realistic depicted the wounded and frightened soldiers, demonstrated how devalued human life during the war.