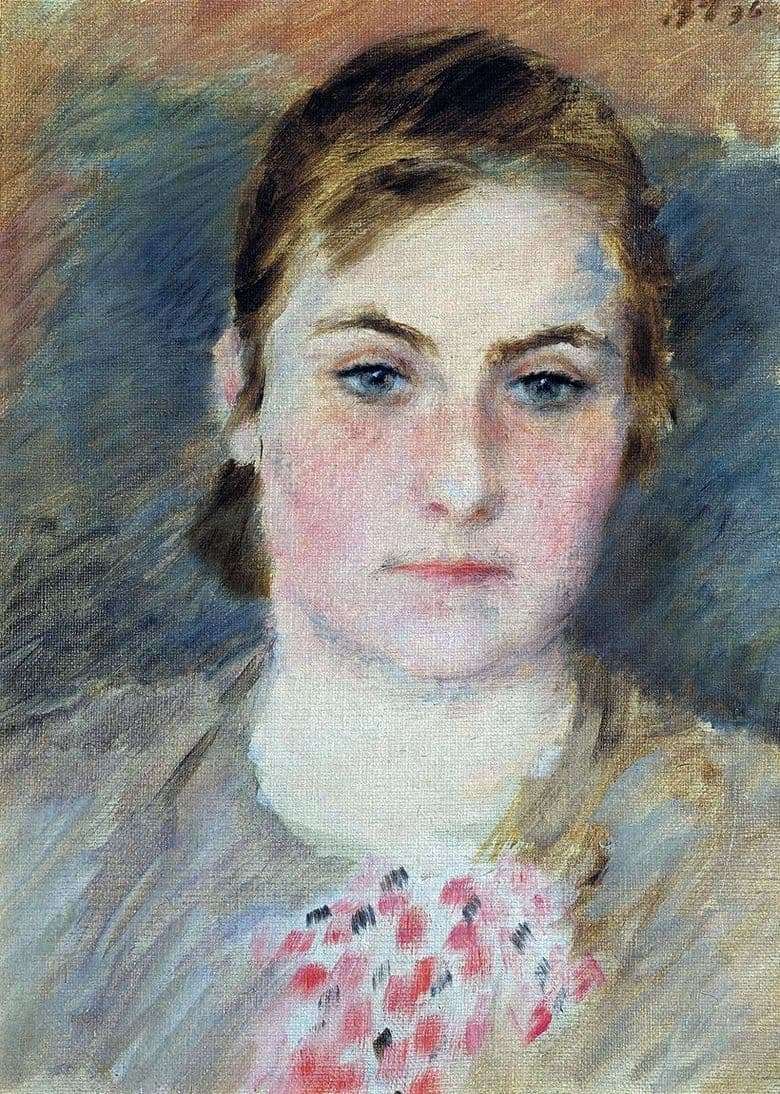 Portrait of S. Lebedeva, written in 1936, the artist dedicated to his first wife, Sarah Dmitrievna Lebedeva (Darmolatova). The picture shows a pretty woman with an intelligent face and a friendly look, such as her contemporaries knew. The portrait remained with the artist until his death.

Sarah Dmitrievna is known as an outstanding Soviet sculptor, author of many famous works of monumental art and a member of the Society of Russian Sculptors. She owns sculptural images of Dzerzhinsky, Chkalov, writer A. Tvardovsky and many other political and cultural figures. Her first acquaintance with Vladimir Lebedev took place in the first half of the 1910s, when she studied art at Mikhail Bernstein’s private school in St. Petersburg. Since then, they have lived together. Apparently, at that time the artist had not yet created portraits of his spouse: at least, there was no reliable information about the early paintings.

Already in the 1930s. Vladimir and Sarah broke up. As Lebedev himself reported, the reason for divorce was the craving for art: according to him, it is difficult to live as a family for two highly talented people. After the dissolution of the marriage, Vladimir Vasilyevich was married twice more, but benevolent and very warm relations with Sarra Dmitrievna were maintained throughout his life.

Sarra Lebedeva, the artist dedicated several more portrait works, including little-known ones. Now the famous portrait of 1936 takes its place in the State Russian Museum in St. Petersburg, the homeland of Sarah Dmitrievna and her husband.