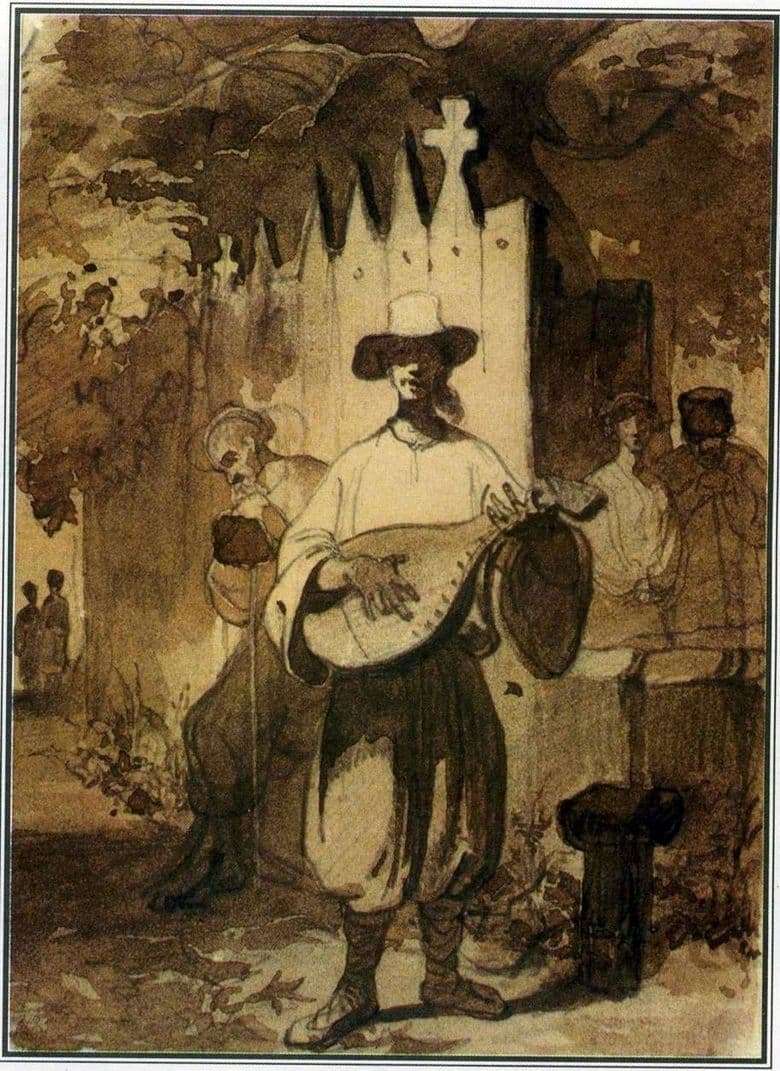 Taras Shevchenko paid the greatest attention in his work to the simple Ukrainian people, their life, life, sorrows and joys. The poet and artist convey the beauty of rural life both in his poems and in his paintings.

In the center of the canvas depicts a man in a simple rural dress: shirt, bloomers and sandals. From the hat on his head comes a shadow covering most of the face. The man’s mouth is open, so it becomes clear that he is performing a song. In the hands of the main character is a bandura – Ukrainian folk instrument, beloved by people of that time. The Bandurist sings through the strings with his fingers, while the people around the musician bowed sadly and thoughtfully. It becomes obvious that the song sounds heavy, heavy, in it is sung about a difficult share of simple people.

Behind the man is a man, his back leaning on the fence. The listener’s head is bent, the hands are supported on the head, and the main body weight is on a cane. The listener is depicted very sad, it seems that this song plays something that disturbs his heart day by day. Behind the fence, in the shadow of a lush tree that protects the listeners from the scorching rays of the sun, two more figures are depicted: men and women.

They also came to listen to the sad song of the Bandurist. The woman’s face expresses sadness, and the man beside her also leaned thoughtfully. The song that is playing is inaccessible to the viewer of the picture, but it becomes obvious that the song is filled with sorrows that affect every person who listens to it. So, all these people are united by one grief, one sadness, one disturbing thought.