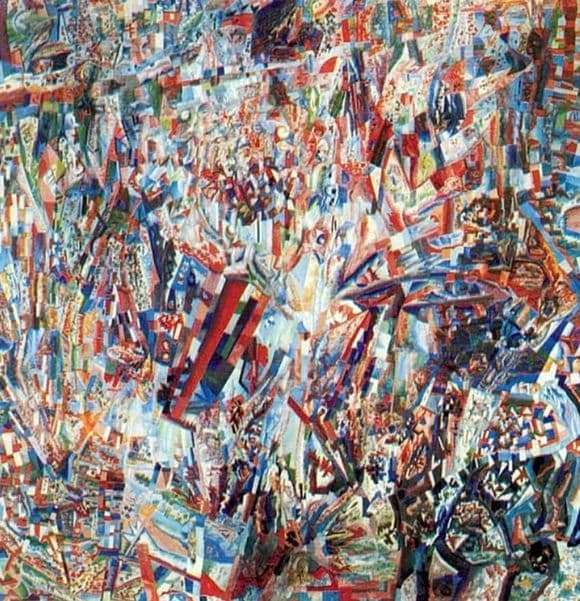 The magnificent artist Filonov, this time represents to the audience, one of his best works, which is internationally recognized as such not only by a large number of admirers of his work, but also by serious art critics and art critics.

The “formula of spring” is like a kind of melody that is superimposed on the lines of life, thus creating a seething symphony with a high-sounding choral.

The work really deserves the title of monumental. At first glance, its implementation may seem chaotic, but in fact this mosaic carpet has orderliness. This kaleidoscope of particles flying apart in different directions, each of which is dotted in color and has its own cut and color, represents the triumph of the formula of spring.

This work is an amazing and incredible combination of the living and dead worlds, plant and animal, inorganic and organic, etc. The artist doesn’t seem to notice these divisions and sees no difference in them. It is as if the whole universe, in which all processes are subordinated to one and in equal proportion unite with each other, from which there are no divisions in them.

Every particle in this case, like every atom at the same time moving, standing still, talking, silent, crystalline and biomorphic.

The artist depicted on this canvas is not specifically some kind of surface phenomena, but only their laws, according to which they live, all the processes to which they are subject, which is often inaccessible to the eyes of most artists. The process of writing this work and the approach to it, to some extent can even be called scientific.

It is worth noting that the artist was fond of various authors who later played on the formation of his taste: Tsiolkovsky, Darwin, etc. That is why viewers have the opportunity to see such wonderful work.