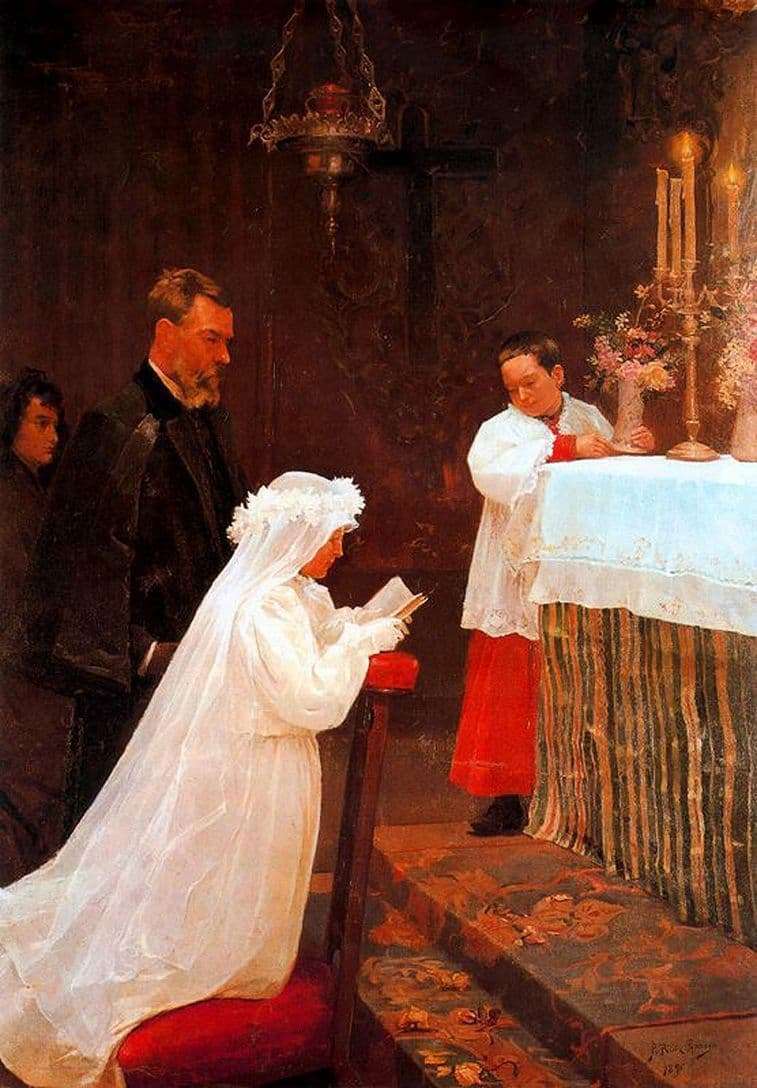 Despite his genius, Picasso did not like when someone told him what to do. He immediately became very irritable. During his school years, the young genius was very often locked up in a special isolation ward (a room with a bench and white walls) for disgusting behavior. Even this time, young Picasso tried to use wisely – he tried to always draw in this room, because no one distracted him from his hobbies.

Throughout his entire creative life, Picasso was always different in his every period. As he said himself, everyone has the right to change. The artist entered the history of art as the creator of such a trend – cubism.

In 1896, a student of the School of Fine Arts, which is located in La Lonja, finishes his now famous work, the First Communion. The canvas was written specifically for the exhibition of fine arts, which was held in Barcelona.

In the picture, the artist depicted his sister Lola, who takes the sacrament, as well as her father and mother. Thanks to his first paintings, First Communion and Knowledge and Mercy, which the artist wrote in his 15 years.

The creative life of Pablo Picasso can be divided into periods of color – this is the time when he wrote using certain colors, forms. The most famous are pink, blue, cubist, black, classical and other periods.

In the world there are three museums that are named after Picasso – in Malaga, Paris and Barcelona. His paintings today are the most expensive at art auctions. More than 20 thousand of his works are kept in museums all over the world.