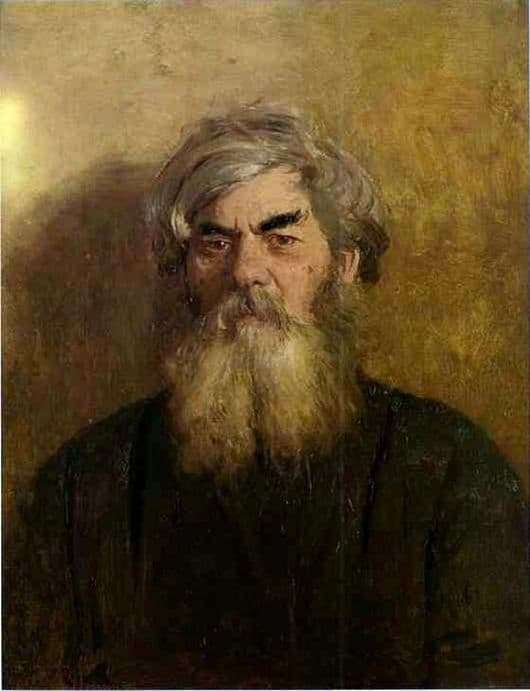 “A man with an evil eye” refers to the Chuguev period of creation of the author. Everything in Chuguev predisposed Repin to work. Inspiration, which was born here, gave life to many truly great canvases of that time.

Repin, many called the mystical artist. He worked like a god, forgetting everything during his work. According to eyewitnesses, fiercely, sometimes angrily waving a brush as if he were angry with his models.

By a strange coincidence, many people who posed for Repin while writing portraits were sick and even died. Their death was often unnatural.

Pisemsky, Tyutchev, Mussorgsky suffered from the master’s brush. “Barge haulers” – healthy men before posing, after writing a picture, they also began to die. But, sometimes, the author himself was sick.

A well-known fact: the painting “Ivan the Terrible and his son Ivan” paralyzed the artist’s hand, and later brought to the madness of the icon painter Balashov, who in fury cut the painting with a knife. The picture “A Man with a Evil Eye”, in which Repin portrayed a simple peasant, his godfather Ivan Radov, who has the notoriety of a local Chuguyev sorcerer, is endowed with the same mystical power.

The artist compared the peasant with Zeus, covering his body with a spacious zipun. Only rustic clothing distinguishes the model from the inhabitant of Hellas. Repin prescribe details so naturally that there is even the heaviness of his gaze. After writing a portrait of an artist hard fever. In many ways, this circumstance determined the name of the painting.

The portrait “The Man with the Evil Eye” took part in the International Exhibition in 1878. Admiration connoisseurs knew no bounds. Especially vividly expressed Kramskoy, who put Repin on the top level among all the portraitists, putting next to him, perhaps, Vasnetsov.