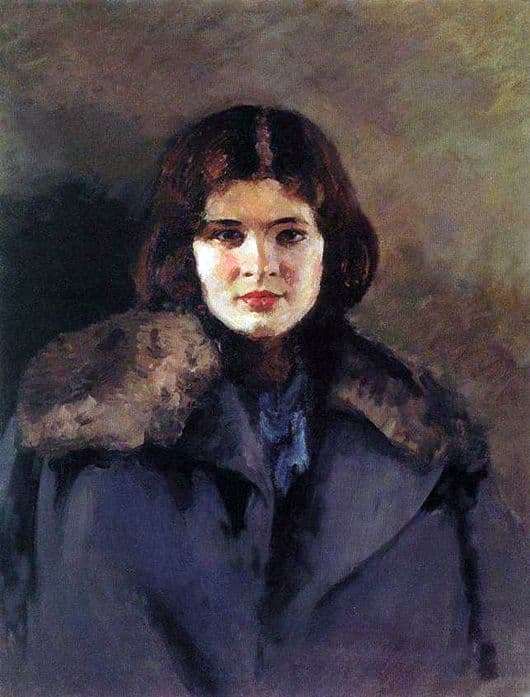 Igor Grabar was born in the family of a public figure, in the city of Budapest. Due to an open conflict with the local authorities, the father of the future artist was forced to take his family to Russia.

The social status of the father allowed the boy to get a wonderful education: first legal, and then artistic at the St. Petersburg Academy of Arts.

Life in “certain circles” gave Grabar the opportunity to take part not only in Russia, but also in many foreign art exhibitions.

The October Revolution did not make significant changes in the work of the author. He wrote a lot of landscapes and other compositions, including “court”.

In addition, Grabar has time to engage in active art history activities and from 9012g. officially appointed manager of the Tretyakov Gallery.

All this allows him not only to be familiar, but also to be friends with many political figures of the last century. So in his friends, Trotsky’s wife, Natalya Sedova, appears.

When the repressions began with the arrival of Stalin, Grabar left all political posts and started drawing a lot again. It was at this time that the portrait of a young girl, Svetlana, appeared. Even now this picture is covered with a halo of mystery, because it is not known exactly who is depicted on it.

The portrait was very popular among connoisseurs. There was a myth that in the picture was Stalin’s daughter, whose name was Svetlana. For certain it is impossible to refute or confirm this version, since Svetlana has never been seen by anyone, there are no photos of her.

The naturalness of the pose, the penetration of a young look, the calmness of a smile – all this is conveyed by the artist with the help of gray tones of the background surrounding the girl.

Grabar himself was in love with this portrait. He worked with inspiration and wrote “Svetlana” in one day. Grabar’s gentle attitude towards the girl is traced in every stroke.