Home ⇒ 🎨Rokotov Fedor ⇒ Description of the painting by Fedor Rokotov “Portrait of Count A. I. Vorontsov” 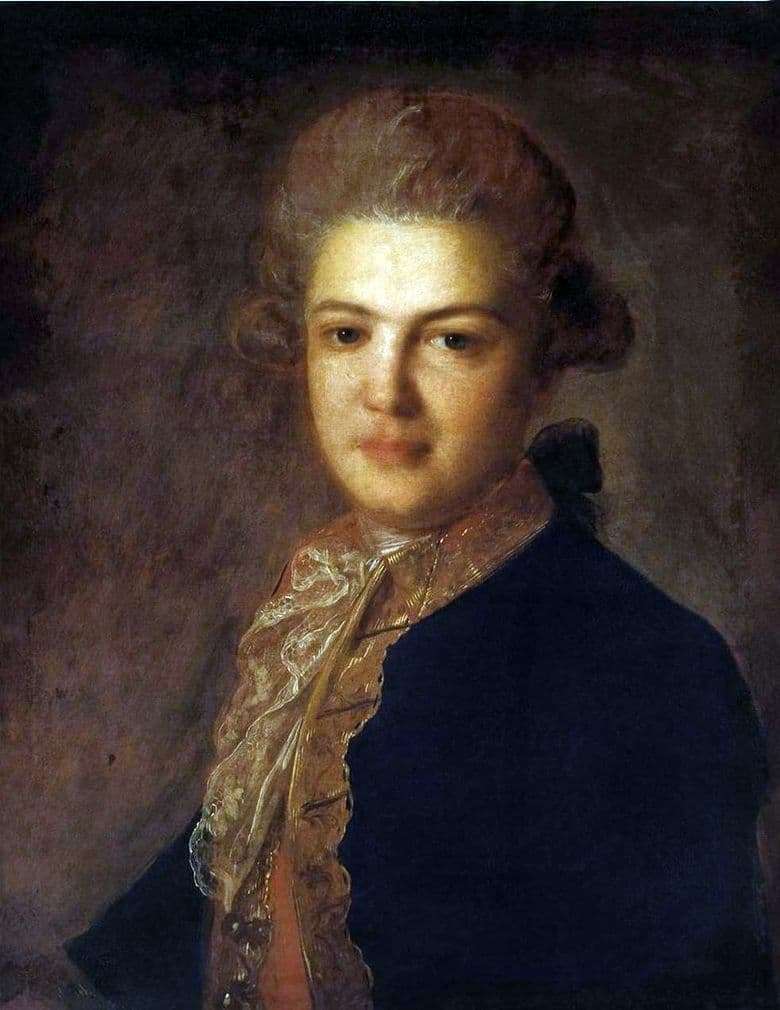 Fedor Rokotov was a famous Russian artist of the XVIII century. Almost all of his works are portraits. Glory to the artist was given immediately. He was born in a poor peasant family, but then moved to Moscow and immediately met with the Moscow intelligentsia. In the circle of high-ranking people, he quickly became friends with Count Artemy Ivanovich Vorontsov. It is his portrait and is depicted in this picture.

This work was written in 1765. At that time, Count Vorontsov was only 17 years old. We are still a very young, young and inexperienced guy. In those centuries, children grew up early, from an early age they had to bear responsibility, especially to children of high-ranking people. But the artist saw in Vorontsov his youthful crush.

The body of Count Artemy Vorontsov is depicted in three quarters. This is a very popular pose for those portrayed in those centuries. Especially it is necessary to take into account the fact that Fedor Rokotov for a long time tried to imitate European artists. This work also has many similarities with portraits of French, German and English masters. A three-quarter posture allows you to profitably show the figure of a young graph.

Vorontsov wears a dark blue jacket with gold trim. Despite the fact that the graph is still quite young, he carefully follows the fashion of the time. We see how a small beige-colored frill is knocked out from under the jacket, possibly with gold thread embroidery. Such an element of clothing was worn exclusively by rich people who belong to the highest circles of society. You can also notice a wig on the boy’s head. Of course, he also has his hair, but the fashion of the XVIII century obliged men to wear a wig. It was a symbol of wealth.

The face of the 17-year-old Count Vorontsov tells us that he is a well-bred and intelligent man. His lips froze in a half smile, but deep-set eyes do not smile. Artemy Vorontsov as if saddened by something or specifically retains a serious facial expression.