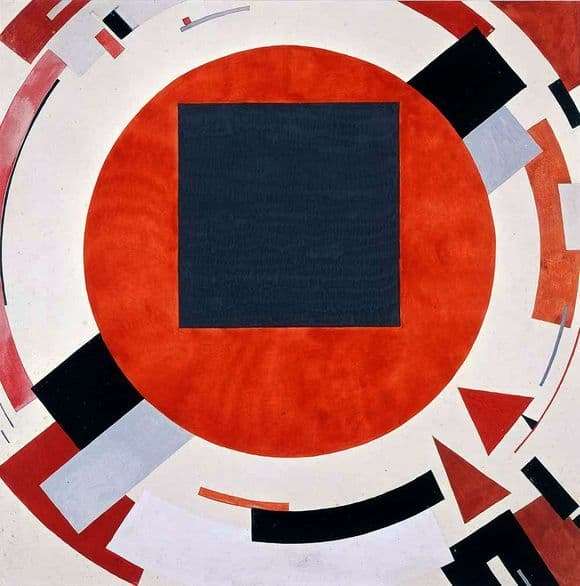 Lissitzky’s runways are a kind of transitional stage – from an ordinary artist to Malevich. They are a game with geometric figures, art is complex and based on the search for the source. In the end, everything is a geometric shape, arbitrarily interconnected. The head is a ball, on a plane a circle. The house is square.

The human body includes ovals, triangles, circles. Everything initially comes out of geometry – at least what young artists are taught about this, before drawing an object in all its three-dimensional beauty, first mark the geometric basis. Make a head with a ball, an oval neck, a trunk with an elongated trapezoid with rounded corners, and only when the figure is ready, build a three-dimensional woman or a three-dimensional man out of it.

Avenue is a search for the root cause, the purification of painting from all cultural layers, its peculiar liberation. As the cubists passed from three-dimensional

realistic images to images of planes, and then to one plane filled with geometrical figures, and then back, so Lissitzky passed them the same way.

However, if the Cubists, having passed their way, returned to realism, enriched by otherworldly knowledge of geometry, then Lissitzky did not return anywhere, but went to the junction of painting and architecture. His prouns became not just a game with geometric figures, but plans of non-existent buildings, surrealistic similarities of the existing reality. So there is a proun “Bridge” and a proun “City”.

However, “Proun” does not apply to them – it represents the artist’s early experiments, when he had not yet invested in games with three dimensions, but was saturated with simple geometry. A circular proun, inscribing squares and triangles, hangs in a single cosmic space, and it is precisely by its playful emptiness and not attached to any physical objects that it is beautiful.