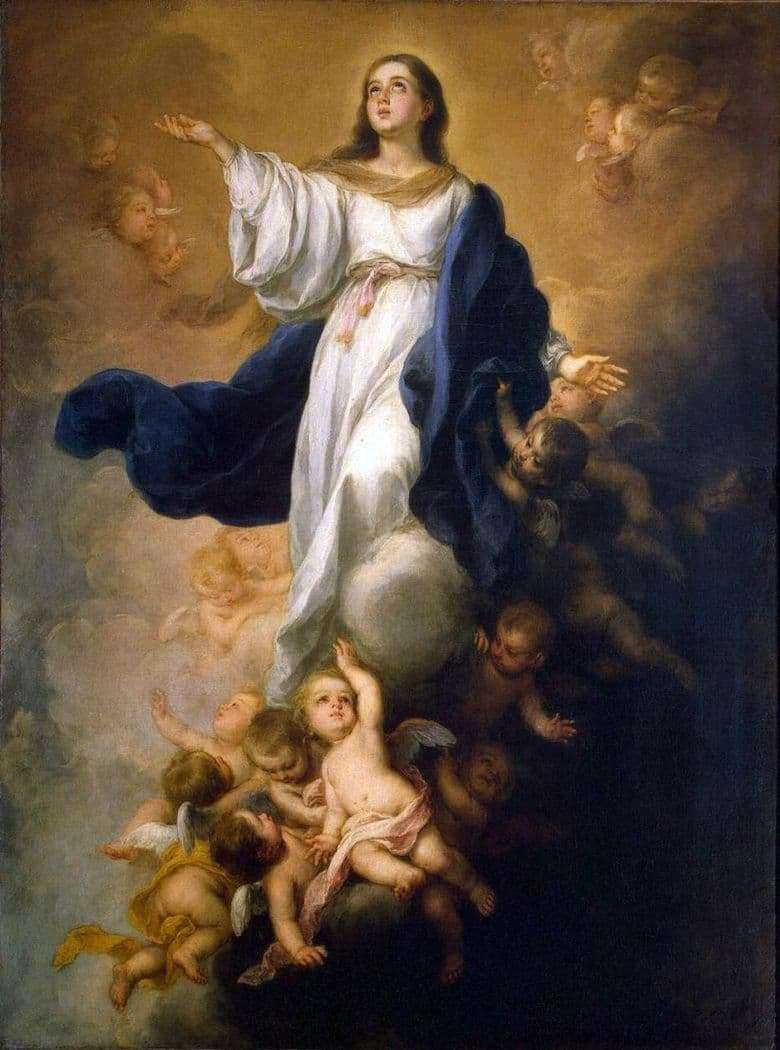 The famous artist Murillo with trepidation and reverence relates to religious themes, and the image of the Virgin Mary many times appears in paintings. However, since the 1690s, the Virgin Mary loses her former warmth and kindness, acquires a general look. The new look of Mary is an abstract deity, which cannot be said about previous works, where she was confronted by an ordinary woman with sadness in her eyes. One gets the feeling that Murillo has matured to the point where she can generalize the Virgin Mary and create a single image. The artist has separated from earthly people, and now Maria appears on a pedestal and does not particularly share the problems and bitterness of the common people.

However, the same cannot be said about the painting “The Ascension of the Virgin Mary”, in which Murillo returned to the previous style – an image close to ordinary people. The image of Mary is still simple and good-natured, she is again a young woman who looks trustingly and kindly, in the eyes lies light and sadness. Openness and gullibility towards people can be seen on the open palms. The lines are clear, but at the same time they give a feeling of warmth. The moment is presented when Mary accepts the divine plans transmitted by the archangel Gabriel. The Holy Spirit will fall on you.

You will remain protected in the shadow of the power of the Most High. Various sources have been quoted to explain how Murillo conceived this presentation. The artist’s oil supports elements of compositions that emphasize a picturesque background, where in perspective a monumental classical architecture is presented, illustrating the proposals of the architect Vitruvio.

This is a very thorough work, distinguishing its execution – a thin pattern made on the basis of a special tool, after which it was applied on the first layer of color, covered with subsequent oil treatment.