Home ⇒ 🎨Dionysius ⇒ Description of the icon of Dionysius “Savior in power” 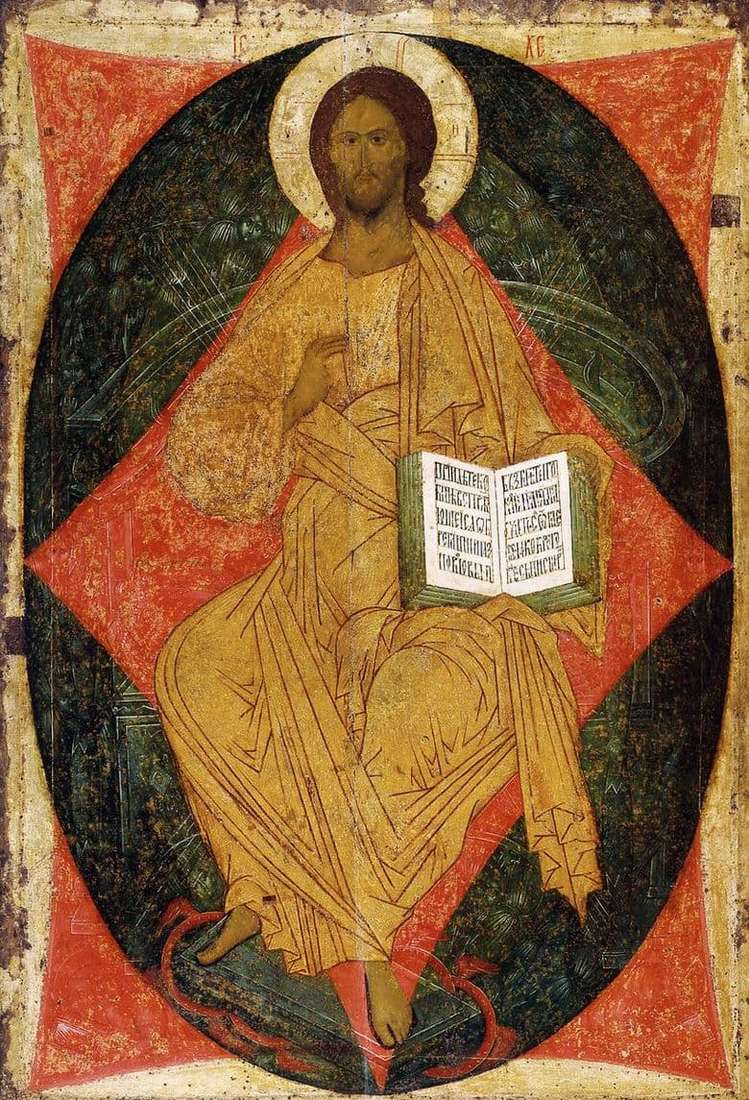 Today we have the opportunity to see the icon of the Savior in the Powers of Dionysius’s creation. Many who see this icon may say that it is similar to the “Savior in the forces” of the hands of Andrei Rublev, but this is not so. The composition that Dionysius drew repeats Rublev’s work, but there are some differences – the feet of the right foot, the proportions of the figure.

“The Savior in Power” is one of the main icons, which is located in the very center of the Orthodox iconostasis. In the center of the icon we see Christ, who sits on the throne. In his left hand he has the gospel, blessing with his right hand. In the Gospel written phrase from the book. Starting from the 15th century, artists and icon painters tried as often as possible to write phrases from the Gospel on their canvases. The plot of this icon, written by Dionysius, is based on the Revelation of John the Theologian. The red diamond inside has concave sides. The artist inscribed it in a two-color sphere of green and blue, which was filled with seraphim and cherubim. The red diamond is the personification of the evangelists, the internal diamond is the fire of the vision of Ezekiel. The feet of Jesus Christ are at the foot, which is established on the “thrones.”

To date, there are several options for interpreting the iconography of the Savior. The most impressive and more truthful interpretation of the interpretation is considered to be the eschatological explanation of the image, as well as the recognition that the Byzantine apsidal murals of the VX centuries serve as the original source.

The final composition of Jesus in the iconography of the Savior took shape in the 15th century, most likely on the territory of Russia.