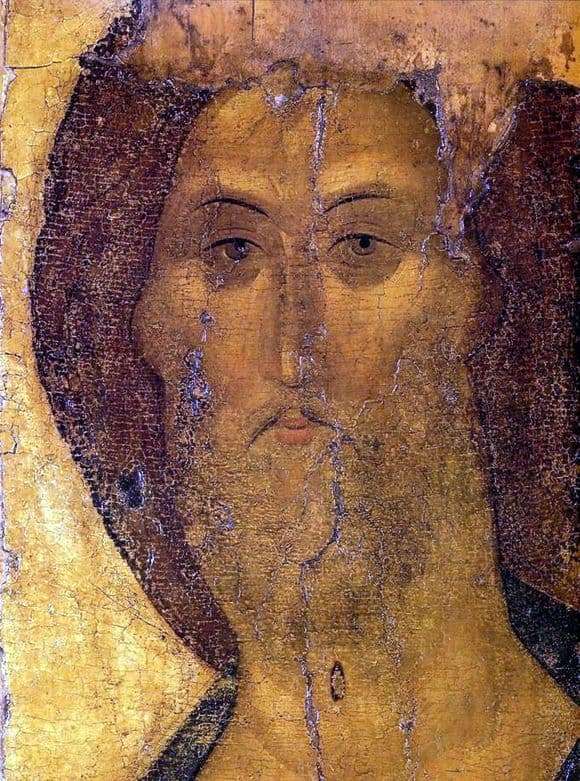 “Savior” Rublev – not a picture in the full sense of the word. This is an icon, which means that the meaning of its writing is fundamentally different. The picture expresses the inner world of the artist or captures the outer world, which the artist wants to rethink or preserve. The icon from the icon painter takes much less – there are well-established canons, which cannot be adhered to, if the usual images to which the hand is drawn.

The Savior depicts Christ quite familiarly. A narrow face, a blond short beard, a blue hymantia, a look full of calm wisdom. It looks, however, a little differently than on most icons. Instead of mourning for the whole world and all-consuming mercy, from which one would like to kneel, in the person of the Savior one reads rather tiredness and calm expectation.

Before him, I do not want to fight in a fit of repentance. Just stand up straight, just act more humanely, just listen to your conscience, when once again it will offer something petty, disadvantageous, requiring time, effort and desire.

Because the Lord looks with tired eyes, because he is already tired of offering everyone his mercy, and just waiting for who will come to him at the end, and who will descend to hell fire. And to disappoint him means not to cause anger, but to add to his fatigue another drop of fatigue, to his pain – another drop of pain. Drop by drop – and who knows if he will not turn away once, tired of watching endless blood, pain and fear.

Only a fragment of the icon has been preserved due to the prescription of years. The board on which it was made was wooden, warped, faded. Only a part of the face and quite a few clothes remained, but in order to find out the One who came to the earth to suffer for the sins of all people, The One who fed five loaves of five loaves, The One who turned water into wine, made blind people sighted, and the lame ones let go, that’s enough.