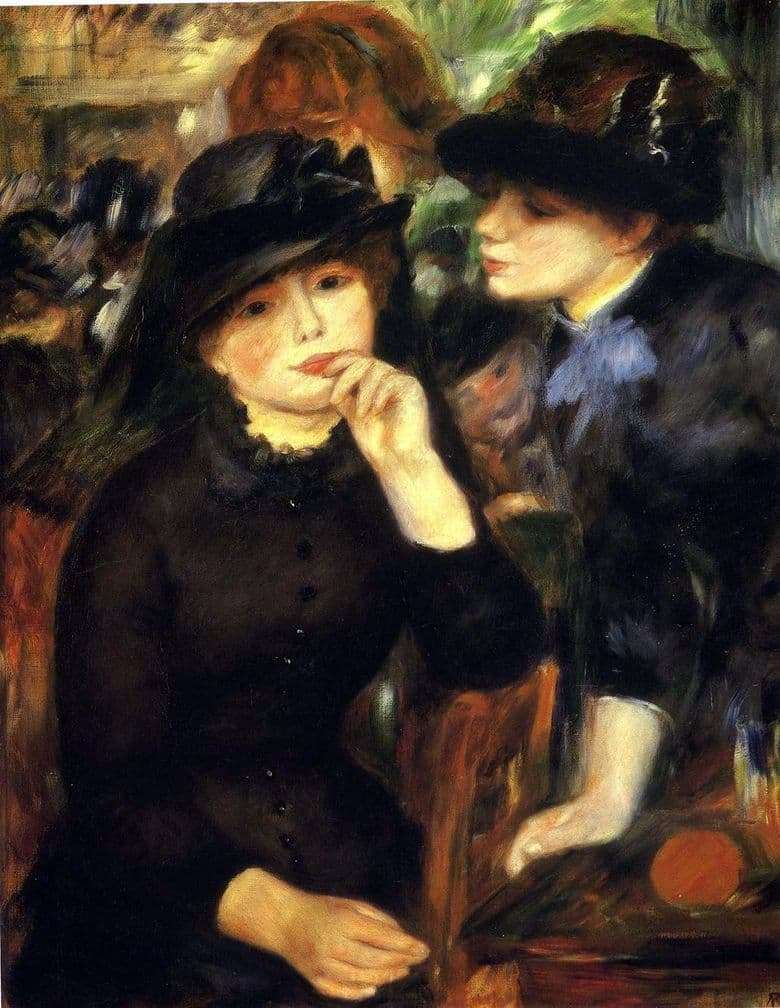 Pierre Auguste Renoir – one of the brightest representatives of impressionism, and he was the first of the artists of this trend became famous and achieved success. Meanwhile, all his life he tried to disown this genre, trying to prove his adherence to classical traditions and achieve recognition of the official Salon. Most often he wrote secular portraits and genre scenes, a special place in his work was occupied by women’s and children’s portraits. His wife Alina Sharigo and their common children often served as models for the artist. All these works are imbued with great love and warmth for the portrayed.

At the very beginning of independent creativity, working in the open air, Renoir accidentally met with the extremely popular in those years, the artist Narcis Díaz, a Spaniard by birth. Works of Diaz invariably admired Pierre Auguste. Diaz, looking at the landscape painted by Renoir, was surprised: “It is written very well, but what the hell are you writing in such black color?” It was at that moment that Renoir reconsidered his views on the used palette of colors – his paintings became much brighter and brighter even in the area of ​​shadows, he basically stopped using black paint. The artist tried to capture the play of colors, the play of sunlight on objects and bodies, moving shadows and random color reflexes, shimmering nature. “Girls in black” – a rare exception to the rules in the work of the author. This picture is one of the first

Now we can only guess what kind of girls are depicted in the picture and what their black clothes mean. What are these – stylish and fashionable dresses, uniform of schoolgirls, or temporary mourning for a deceased relative? If you look closely at a picture, you can clearly see that there is no black color as such in the picture, and the dresses are actually dark blue. But were they really like that or was the artist true to himself, refusing to take a tube of black oil in his hands? Looking at the fabric of the dresses in detail, one can notice both greenish and burgundy highlights.

Two models are depicted in different angles. One of them is full face, it looks straight at the viewer, we can examine in detail its simple, touching features – almond-shaped eyes, small plump lips. With her hand, the girl thoughtfully touches her face, whether caressing herself or trying to fix her hair. The second heroine is written in profile and less carefully, only the neat nose and the shadow of long eyelashes attract attention. Both girls are dreamy and sad, both have nice hats, both are a perfect image of a young Parisian woman. The background of the picture is vague and not fully defined. Most likely, this is a small restaurant or cafe, written in general, with broad light strokes. Renoir admires his young models, incredibly artistic and cute.