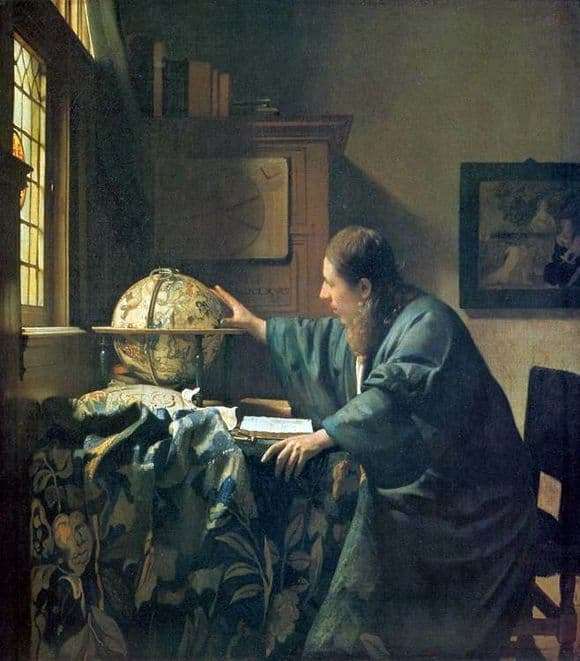 In the golden age of freedom and prosperity of the Protestant Holland, the mysterious artist Vermeer was born. He not only worked, but also engaged in commerce.

Almost nothing is known about Jan Vermeer’s career, but he was always surrounded by art. The artist was influenced by Italian painting and the work of Caravaggio. Strong colors and a dense layer of paint indicate an Italian influence. The modern genre plot has become the leading leitmotif and feature of his work.

For all his works, a mature artist chose a specific format of canvas measuring 45×41 centimeters. The artist’s unique gift is in the way he treats light, and his strength is in transforming a simple image into a monumental one, as well as in attention to the details of everyday life.

Objects he transmits with meticulous accuracy to the textures and characters of people. Vermeer is a brilliant master of chiaroscuro who achieved subtle lighting effects due to the skillful application of paint layers. Researchers creativity Vermeer believe that he used the ancient optics – camera obscura.

In Vermeer’s paintings, geographical maps as a globe in the Astronomer symbolize the power of Holland, which the artist glorifies, since in the 17th century it was a prosperous and rich country, thanks to international trade.

The profession of an astronomer and the name of the picture is an image in the age of reason and science, and man is the owner of the planet. The subtly lit scene accurately shows the relationship between humanity and the planet, and knowledge is the key in this relationship. It is reflected by the texts on the table. The man sitting at the table, Anthony Van Leeuwenhoek is a microscope developer.

It is known that the artist and the scientist were familiar, and the latter dealt with the intricate financial affairs of the creator in Delft.