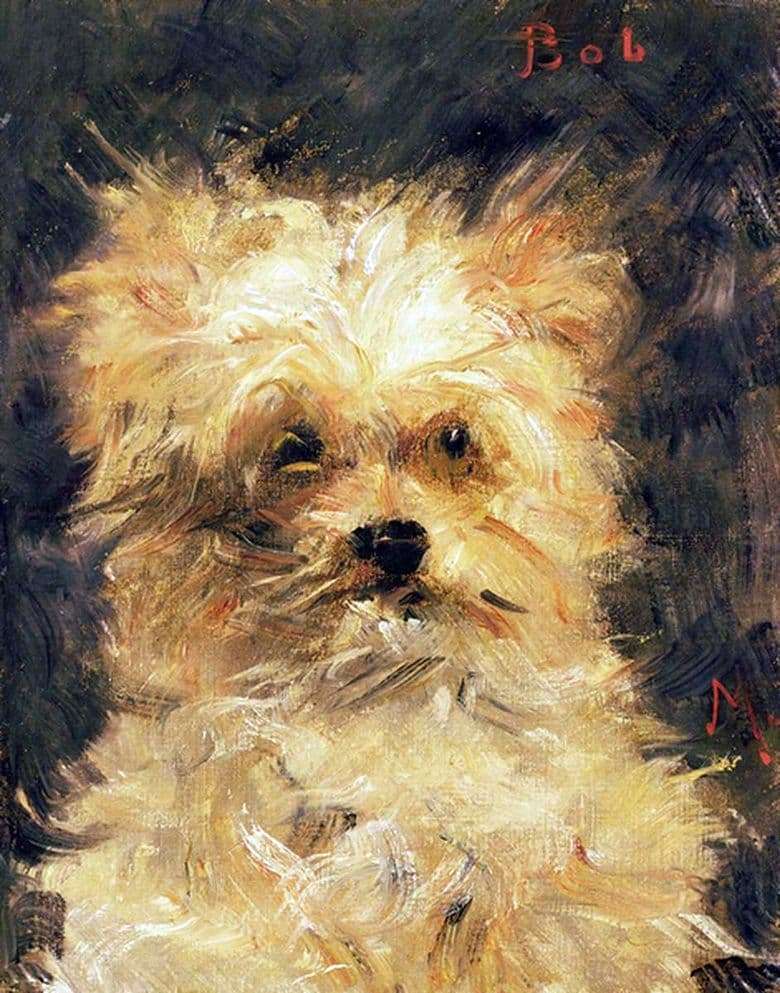 The image of the head of a small dog is a rather curious canvas in the artistic heritage of Edouard Manet. According to critics, the picture is written simultaneously in the styles of realism and impressionism. Mane’s own handwriting signs are equally obvious – his casual, expressive brush strokes perfectly convey a sense of texture.

It is as if you can touch the hair on the head of the dog. The expressive features of the animal, its characteristic posture, are precisely and clearly captured. It seems that outside the frame of the picture, the dog stood on its hind legs, preparing to jump directly onto the viewer. His ears are alert, his expression is lively and friendly, as if he saw a well-known person, whom he greets with joy.

Light falls on the dog’s head, illuminating the mobile face of the animal, giving a joyful and lively expression. portraying his four-legged model, Manet uses the same techniques that are commonly used by painters to depict portraits of people. The same dark background, emphasis on the characteristics of the main character of the canvas. It is noteworthy that in the corner of the picture the artist signed the red paint “Bob”, which may be the name of the dog, and in this case, the work may well be called the “Portrait of Bob”, since all the basic rules are followed.

It seems that, at the whim of the artist, this light brown terrier was doomed to enter someone’s family portrait gallery along with ancestors and family members.