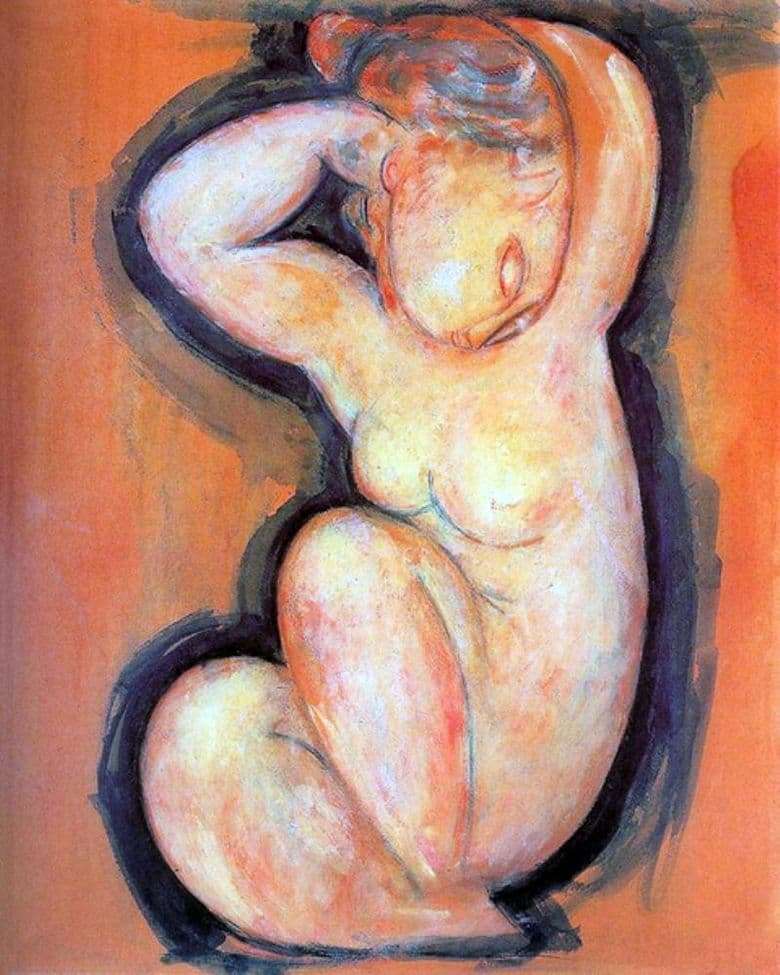 Italian artist Amedeo Modigliani took up the history of art as an artist and became one of the creators of a particular genre and style in which there is insanity on the verge of reality. The image of the caryatids, the maximum expression of which is in the Greek temple of the Erechteion, built in the V century BC, attracted the artist very much. And on this type of female figures, transformed into architectural elements, he made up to sixty drawings and several paintings. It is curious that in some of these images the artist has several candles around the head of the caryatid, as if it were a crown.

In this work, the author presents a woman with a flat surface, which should be a roof and protection, leaning on one knee, and bending the body towards the other leg. An interesting detail is that Modigliani finished the work, leaving traces of incompleteness in order to attract the attention of a person who would consider a similar picture and penetrate into the meaning.

The artist understands that the classic caryatids perform a decorative function, and at the same time provide food for the mind.

He understands this as something expressive and gestural and regards the figure as the embodiment of a man or a woman, as a creature that carries its own problems, thoughts and expectations, hidden desires. This picture should be the embodiment of inspiration and experiment of someone who will contemplate the work and try to find a deep meaning reflected in the figure.

The painting by an Italian artist, which received an interesting name, became a symbol of the uniqueness and originality of a person, who is not just an individual, but also a person, regardless of gender. The work is distinguished by its originality, special technique, a combination of light and shade, as well as the play of colors.