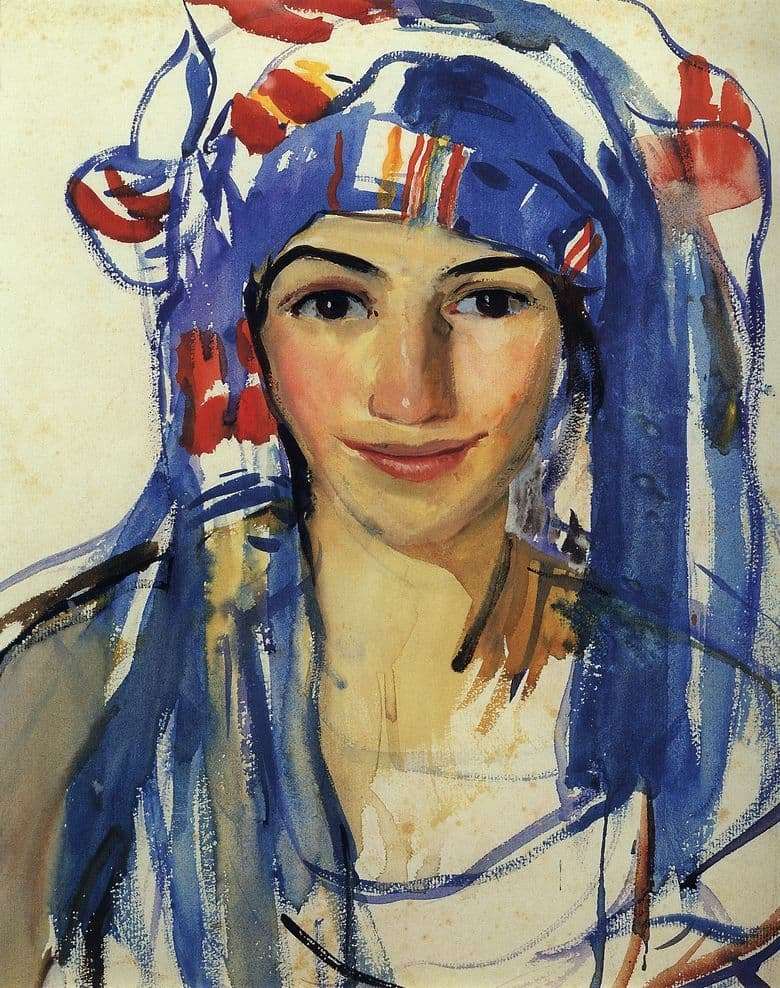 Some art historians believe that Zinaida Serebryakova wrote her self-portrait during her period of fascination with the East.

Zinaida Serebryakova is the first woman who managed to enter the history of Russian painting. Thanks to her bright and clear gift, she painted her paintings full of light, goodness and joy.

Zinaida was lucky to be born in a family where the whole atmosphere was saturated with a love for art and architecture. We can say that she is from birth with a pencil in her hands. The talent of the girl appeared at an early age – she preferred not to play with her peers, but to spend time drawing.

Unfortunately, the fate of Zinaida was not easy. Despite the comfortable childhood and life in Russia, after the death of her husband Boris Anatolyevich (he died of typhus), Zinaida had a hard time. Having become a widow at 35 and left alone with her children and a sick mother, she was forced to earn a living for herself and her children, selling her paintings for a penny. With the beginning of the civil war, the artist was forced to leave Neskuchnoye and move to Kharkov. But even there, luck does not smile at her.

In 1924 she made a difficult decision for her to go to work in Paris. Unfortunately, the departure was not temporary, but forever. All that Zinaida Serebryakova earned in France, she sent home, children and mothers.

On the “Self-Portrait in a Scarf” we see a young girl with lively and mischievous eyes. The scarf on her head is tied in the oriental manner. The picture makes the viewer smile. The picture does not use very many colors, mostly blue deep shade.