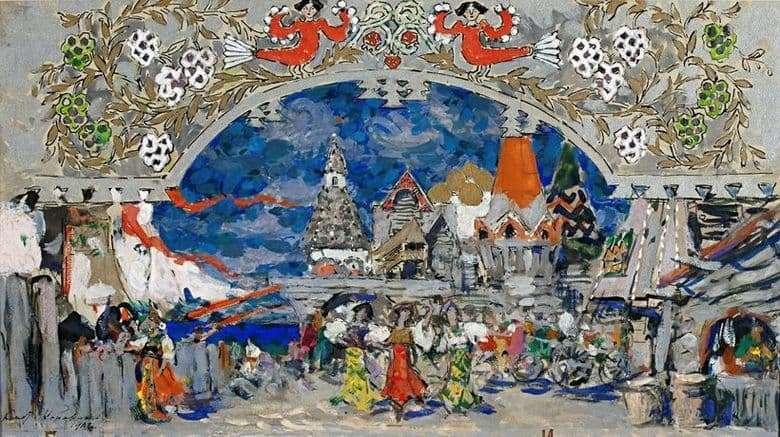 Konstantin Korovin was first and foremost a theater artist. So far, in our country, performances in the cow’s design are being resumed and resumed. Initially, Konstantin studied at the art school at the architectural department – which apparently helped him a lot later in creating the scenery, in seeing the perspective of the theatrical scene.

In his works, Korovin relied on the principles of impressionism; However, he rarely repeated the techniques characteristic of this direction of painting. The works of Korovin are more material and concrete, one can say that he created his own concept of impressionism. In his canvases, the artist was often inspired by Spain, typical at the time images of this bright southern country; Many of his sketches of scenery created by his fractional solar contrast resemble a Moorish mosaic.

While working in the private theater of Mamontov, Korovin often had to arrange tales; it was the tale that most clearly showed his talent as an artist. The fantasy, illusory sketches of the artist often resemble dreams rather than reality; for the theatrical scene, his unusual work was a great find.

Painting Korovin “Theater” – a complete embodiment of the stage scenery for the play “The Little Humpbacked Horse” after the tale of Ershov. The area with bright tents placed on it forms the perspective of the composition. The central actors are dressed in colorful costumes, creating the illusion of an oriental tale. Those seen in the background are the quintessence of the holiday; ethnically they combine the picturesque structures of Russian buildings with elements of oriental decor.