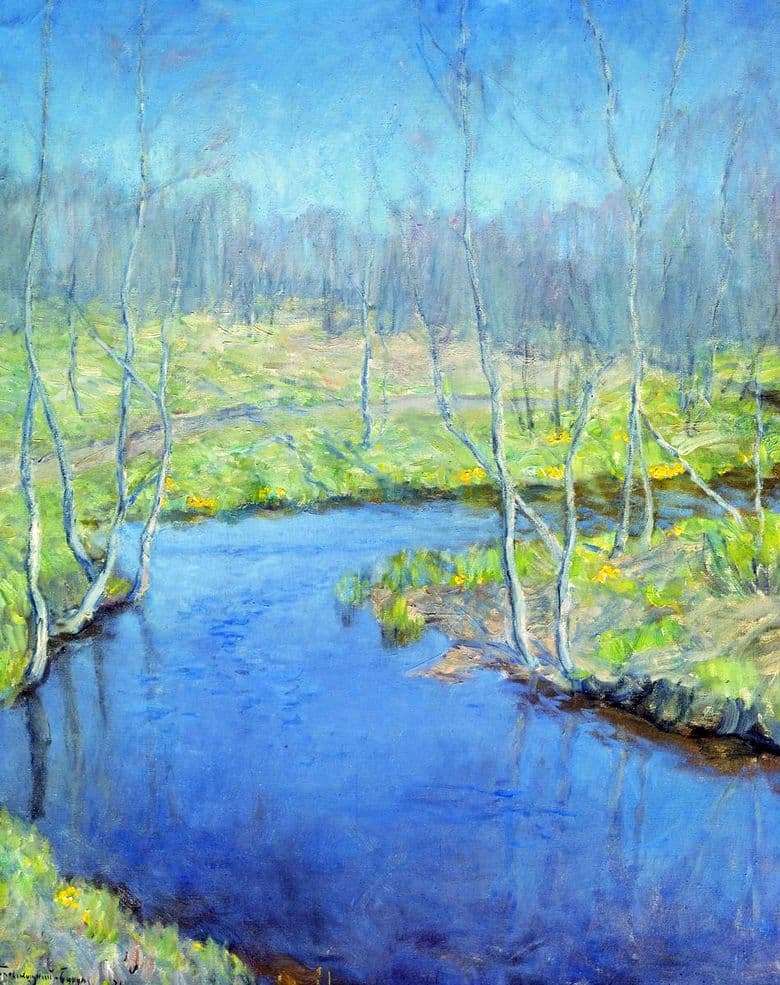 The painting “Spring” by V. K. Byalynitsky-Birulya wrote in 1899.

On it, the artist described the state of nature, awakened from a dream. The snow has already gone, the grass has begun to come to life on the soil saturated with moisture, somewhere it is still withered and red, somewhere already young and juicy green. The forest is still naked. Trees are without foliage decoration.

In the central part of the canvas in the foreground is the river of incredible rich blue color. At the turn of its bed, a strong current is slightly bubbling, and in the rest part there is a calm surface reflecting the tops of bare trees.

The sky is also an incredible blue color, against which the trees seem even more orphaned.

Tremendous realism of the canvas, as if transferring the viewer to the atmosphere of spring mood.

Each picture Byalynitsky-Birulya draws to the lyrical image of the landscape. The artist develops the traditions of painting of the late 19th century, characteristic of his genre. In his work, he always adhered to two criteria: simplicity and truthfulness. Byalynitsky-Birulyadedel special attention to these qualities, improving their skills.

It is this desire that shows in his works the sincerity and freshness of the canvas. Due to this, the artist has developed his own individual artistic style, which distinguishes his paintings from others.

He did not need to use the accepted patterns to distinguish the time of the year, he subtly felt nature and saw its essence, it is only worth paying attention to the sky depicted by him as the time of year becomes clear.

According to some sources, the artist sold the painting “Spring” to a private collection, immediately after writing.

For the money received for it, he went on a trip abroad.

According to the latest data, the painting “Spring” is located in the Kiev National Museum of Russian Art.