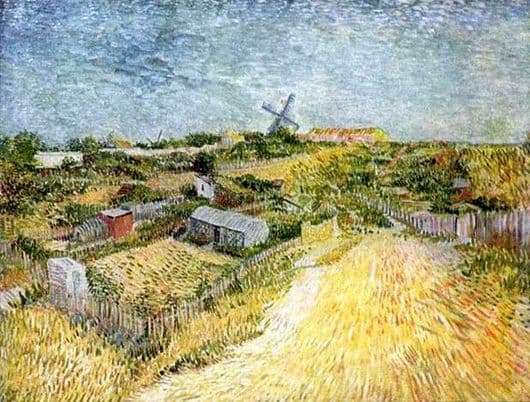 The life of the great post-impressionist artist since childhood was filled with tragedy, a beggarly existence and hunger. Contempt for his work and the loneliness of others oppressed Vincent throughout his life. Only after his death, he was recognized as a genius.

Van Gogh was born in Holland in 1853, in the city of Groot-Zyundirt. His family was large and consisted of seven children, the second of whom was Vincent. The father was a priest, and the mother was the daughter of a bookbinder and bookseller. After graduating from school, the boy began working in a small firm selling paintings. Although he took place as a seller, thanks to his love for painting, work was a pleasure for him. When he turned 20, he went to London. These years and changed his life.

There he regularly visited various museums and art galleries. His sales of paintings in the company was quite profitable. But, an insane, withering love for a woman – the daughter of the mistress, with whom he rented an apartment, became a hindrance to successful commerce and comfortable existence, but having learned that she was engaged to another man, she was deeply mentally disappointed and broken. Became closed and indifferent to work, which is reflected later. The dismissal was his move to France, in the city of Arles. Only painting sometimes saved him from severe depressions and hysterics, but constant hallucinations and mental disorders were reflected in his paintings.

His rare paintings, such as “View of Montmartre”, do not reflect these states in themselves.

Just being here returns the lost power to the artist, where the talent is fully revealed and its individual unique style is formed.

The impulses of inspiration that come to him from communicating with nature and the sensual perception of the surrounding beauty, with the interweaving of enthusiastic own experiences, provides powerful energy for creativity.