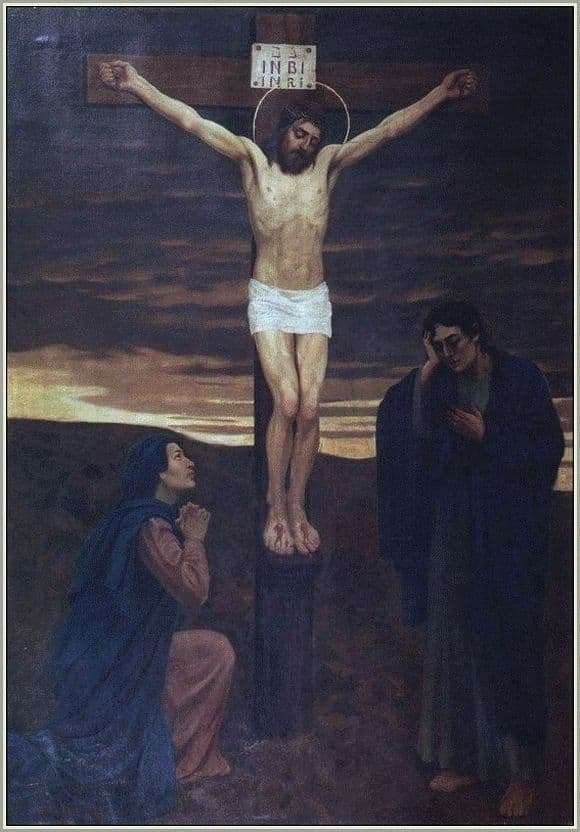 Viktor Mikhailovich Vasnetsov – a famous Russian artist, widely known in Russia and abroad as the creator of masterpieces on the themes of epics about heroes and Russian folk tales. But few people now know what contribution Vasnetsov’s religious painting made to the development of Russian Orthodox culture. Vasnetsov’s father was a priest, and Victor Mikhailovich himself graduated from the Vyatka Theological Seminary in 1867, after which he continued his studies in the art of painting that had been loved by that time at the St. Petersburg Academy of Arts.

In 1885, Vasnetsov received from the professor of St. Petersburg University Prahova A. V. an invitation to paint the arch of the Vladimir Cathedral in Kiev, which was carried out under the patronage of the famous Russian philanthropist Savva Mamontov. And the artist is immersed in this work with all his ardor and ardent desire to serve God and the Fatherland, for 10 years he has been creating several hundred sketches and more than 1000 square meters. m frescoes on the walls of the temple, many of which are regarded as masterpieces of the Russian icon painting school, and especially the unique and unique in its spirituality image of the Virgin and Child are now called the Mother of God Vasnetsov.

In the image of the Savior, Vasnetsov creates a separate Passion cycle, which stands out in an independent iconographic style and becomes essentially the reference peak of the religious and aesthetic ideals of our time. His mosaics on the crucifixion of Jesus Christ, carrying and removing from the cross, the descent of Jesus to hell, the fresco “Joy of the righteous in the Lord”, as well as the lost frescoes from the Church of the Savior on Waters in St. Petersburg, for which only sketches remained – many generations inspire the truth with faith and are the greatest legacy of the Orthodox Church.

The painting “Crucifixion of Christ” was written somewhat later than his main works on the decoration of temples in Kiev, Darmstadt (1901), in Gus-Khrustalny (since 1895), therefore it is significantly different from most of such works. If most of the biblical creations, according to critical expert estimates, are often overloaded with abstract details, bends of landscapes or clothes, the “Crucifixion of Christ” is as concise as possible, restrained in colors and in the characters present in the picture. Its objects can literally be described in several words. In the center of the picture is depicted Jesus Christ crucified on the cross, who judging by the calm and tranquil expression of a haggard face and a nimbus over his head, has already died, Mary is sitting at his bloody feet, hands clasped in grief in prayer, and next to him the apostle John, struggling to contain sobs of grief, to whom the teacher, who was just dying, entrusted the care of the Mother of God and called her her son. Virtually the entire background of the painting is black-brown, and only in the distance the horizon brighten barely, foreshadowing the soon-to-be Resurrection of the Savior and the Joy of the Righteous in the Lord. Now the picture is in the Museum of Fine Arts in Karelia, Petrozavodsk.

For work in the Warsaw church in 1912, Vasnetsov was granted a noble title, in 1913 – the rank of state councilor.