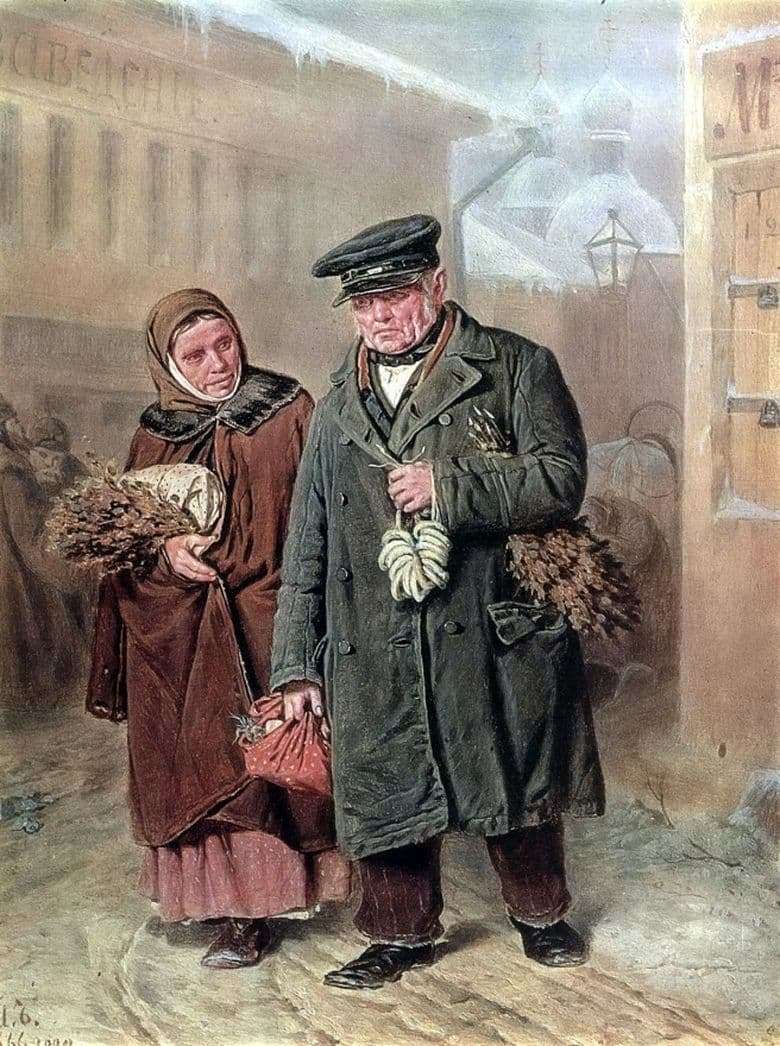 The well-known Russian painter Vasily Perov had the amazing ability to accurately convey the living emotions of ordinary, unremarkable people, working in the complex genre of realism. In 1866, he wrote the famous painting “Clean Monday”, depicting on it an elderly couple, peacefully wandering around a populous winter city.

Based on the name of the canvas, it is not difficult to guess what this picture will tell us. Looking closely at the main characters, we see their tired but contented faces, and the brooms in their hands indicate that the elderly couple, having exhausted themselves well, are walking out of the bath, returning to their homes. They wear old, already quite well-worn clothing, living out their age with them. In the hands of the old men carry their very modest belongings and a bundle of food. On the man’s neck hangs a bunch of bagels, which, apparently, they bought with his wife for tea, because after the bath for them is the best way to relax.

Looking at the faces of the main actors, one gets the impression of their hopelessness and tiredness of life, which one has to live in poverty. Despite this, you can see how good they are together. What these lovely old men are talking about, we can only guess.

Vasily Perov resorts to his popular technique, depicting action in the middle of winter, to add even more drama to the Clean Monday film. Using warm shades of paint, the artist tries to show how good and warm in winter can be to two people together, who, even in poverty, find joy in each other.

Based on the images of ordinary people from the people, Perov often faced with the disapproval of the society of his creative skills, but he was able to accurately convey the main idea of ​​the picture, using an ordinary everyday episode.