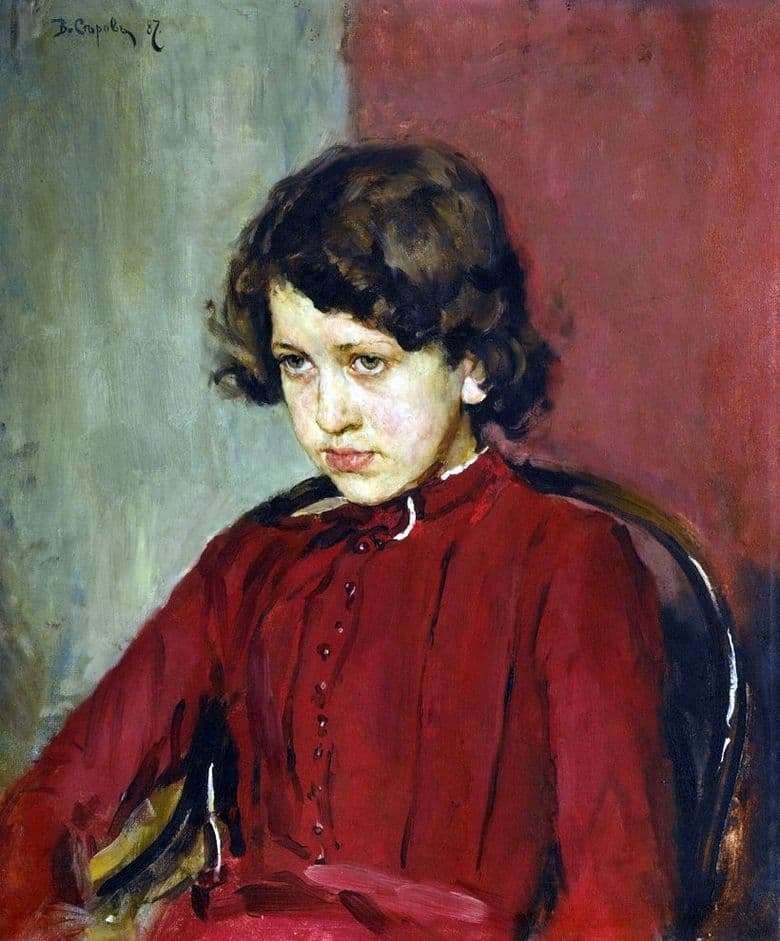 With the family of Mammoth Serov maintained friendly relations throughout his life. He depicted the representatives of this family in more than ten paintings, drawings and sketches, including his most famous painting “The Girl with Peaches”, in which Vera Savvichna Mamontov was captured. Derived from another famous portrait, Praskovya Mamontov is Vera’s cousin, the daughter of the book publisher Anatoly Ivanovich Mamontov. These two outstanding works were written in the same years and were created under similar conditions.

At the time of writing pictures Praskovia was sixteen years old. If Vera in the portrait looks happy and cheerful, then her cousin is sitting gloomily, as if she was dissatisfied or scared of something. Her gaze, directed in front of her, expresses detachment and distrust of the surrounding world. In the general background of the image, as in the appearance of the girl, garnet and dark gray color prevail, supplementing the general feeling of tension. The girl’s simple red-gray dress is similar to the pomegranate background of the right side of the canvas, and the dark brown back of the chair on which she sits corresponds to the coloring of her dark hair.

The portrait of Praskovya Mamontova has a complex history. For 130 years that have passed since the birth of the world, this painting repeatedly changed its owner, regularly exhibited in museums of different countries and cities. In 2012, the portrait, previously located in St. Petersburg, was sold at auction in London for a record amount of 1.2 million pounds. Now the picture is in a private collection.