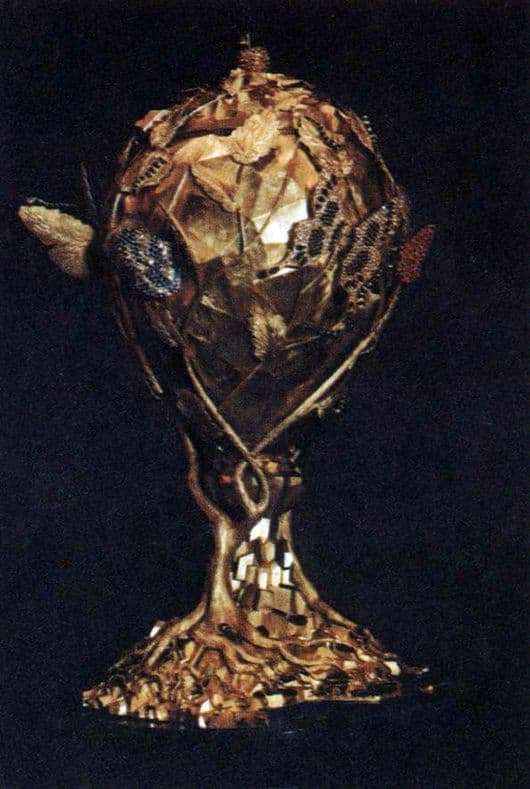 Salvador Dali is one of the most famous and, perhaps, the most extravagant artists of the last century, who introduced the world to such an artistic direction in painting as surrealism, which allowed him to talk with connoisseurs of real art through paintings created in this genre.

The main idea of surrealism is to give the viewer a picture about which he can judge from his own views, independently determining her idea and purpose of creation. That is the ideological orientation of the canvas, called the “Chalice of Life.”

The picture belongs to one of the late works of the artist, was written in 1965 in France, where Dali arrived with his beloved wife Galla, who for many years was the only muse of the genius of painting and portrait. From the point of view of the artist’s commitment to contrasts and irregularly shaped figures, this picture is surprisingly similar to the stated title. On the canvas, the viewer really sees something like a bowl, the silhouette of which is clearly manifested in the gathering darkness.

The base of the bowl is the Earth, covered with a clearly marked rhizome of a tree, the trunk and branches of which wrap around the bowl, giving it an irregular shape. The top of the bowl is buried in butterflies, which is certainly not accidental, because some of these insects live extremely fleeting lives, barely having time to postpone the pupae.

The bowl is also covered with petals of a tree, in all probability it is not just a bowl, but mother nature itself, by the will of which everything happens in this world, including the birth of butterflies, the appearance of leaves on a tree, the very desire of a tree for light, and also as the fallen leaves are picturesquely situated at the foot of the cup.

There is nothing higher than nature and its laws, most likely, that is why the cup of life is in complete darkness, because no mortal can know what will happen after his life is over. The picture caused controversy among the contemporaries of the artist, but they all agreed on one thing – Dali created another unsurpassed masterpiece.