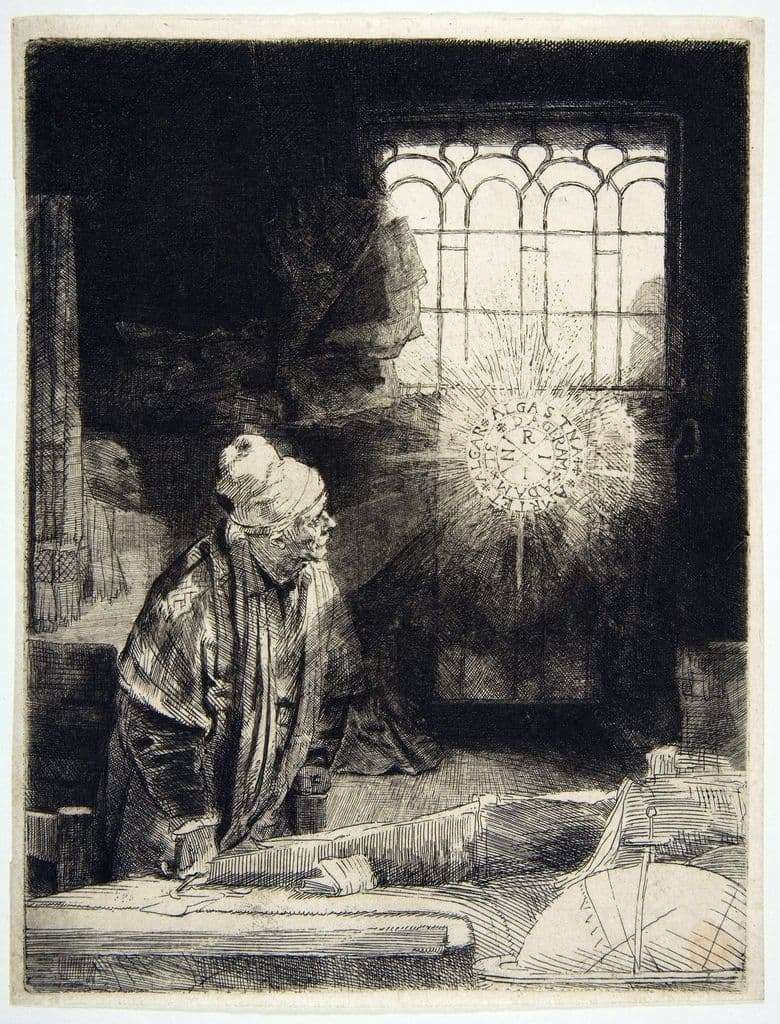 One of the most talented and gifted artists Rembrandt wrote a real masterpiece called “Faust”. This picture has a deep meaning in which philosophical thoughts and feelings are hidden.

A man appears before the viewer, apparently a scientist. This is evidenced by the objects depicted in the picture – a pencil, through which he records his thoughts, a globe and a skull. The viewer has a question, who is this mysterious scientist, who gave himself up to reflections. It is possible to make an assumption that Johann Faust is depicted, who is one of the heroes of the famous play by Christopher Marlo “The Tragic History of Dr. Faustus”.

Very interesting details are seen in the picture, for example, the circle that glows right on the window contains INRI symbols, the same letters were immortalized on the cross during the crucifixion of Jesus. There is an assumption that these letters have a relatively new meaning for those engaged in alchemy. “Ignis Natura Renovatur Integram” – “All nature is constantly updated with fire.” The picture is very interesting, since the symbols depicted can carry dual meanings to have a completely different meaning. In the same glowing circle there is even a whole sentence of ADAM Te DAGERAM AMRTET ALGAR ALGASTNA, in fact, the meaning of this text is still a mystery. This circle may be of particular interest to the viewer, in which a strange and incomprehensible hand showing an oval is shown. The hand pulls and reveals the unknown world