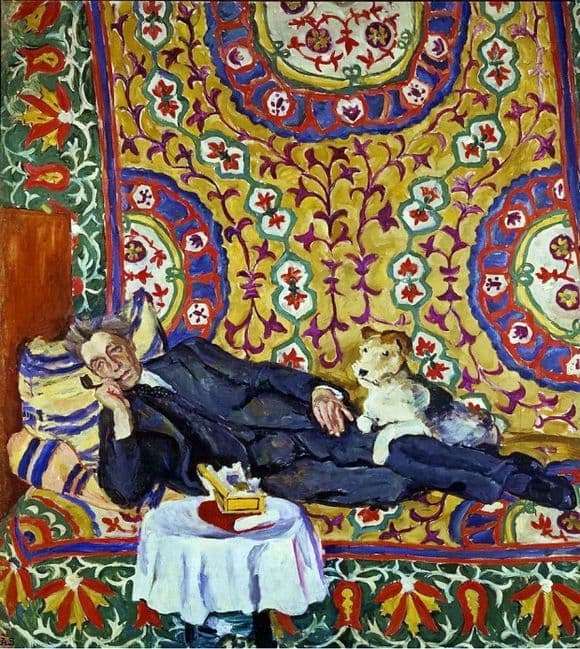 V. E. Meyerhold – one of the geniuses of theatrical art. As a reformer in his field, Vsevolod Emilievich could not accept the changes in power circles that occurred between 1937 and 1938.

On January 7, 1938, the Committee on Arts Affairs decided to close the State Theater named after him. An outstanding director could not leave aside the fact of such arbitrariness, but could not do anything. In the end, reckless statements are the cause of the arrest, and subsequently the death of Meyerhold.

Shortly before his arrest, P. P. Konchalovsky painted a portrait of Mainhold, depicting with the help of paints what he could not convey in words. The man in the picture stood in a pose that emphasized the existence of a conflict between the individual and the surrounding reality. Until the end of being sure of the fairness of the judgments of his comrades at work, party activities, family members and just neighbors, he is not ready to take a stab in the back, which fate has prepared for him. And yet he understands that this can not be avoided.

Meyerhold is depicted in a half-lying position. Support for his left hand is the surface of the sofa, covered with a flowered bedspread. The background for the picture was the usual Soviet apartment, because behind the back of the model one can see a bright patterned carpet.

Bright carpet, no less bright bedspread and a kind of relaxed posture create a deceptive impression.

To an inexperienced spectator, it seems that he is a dreamer in front of him, not burdened with any worries and unaware of the vicissitudes of his life’s journey. Only after looking attentively, it is possible to understand that a person is detached from the surrounding reality, in his view there is apathy and drive. The portrait created by Konchalovsky is the last image of the director. The picture is stored in the collection of paintings by the Tretyakov Gallery.