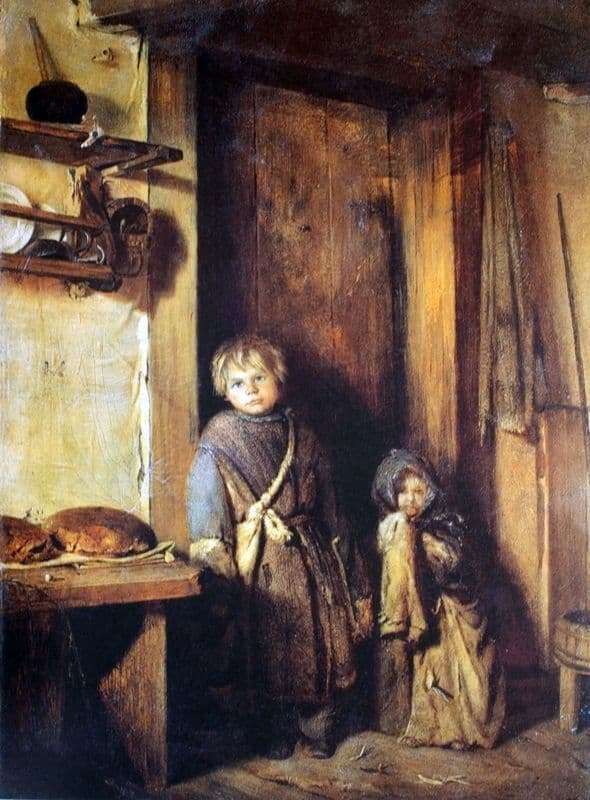 Chistyakov Pavel is an artist whom artist Valentin Serov called his only teacher, who succumbed to stable laws of form.

Pavel Chistyakov comes from a family of serfs who belonged to landowner A. Tyutchev. Born in 1832 in with. Ponds The future painter’s first training took place in the school of the local parish, which was located in Red Hill (now the region of Tver). Becomes a student of the Imperial Academy of Arts (1849). His teacher is P. V. Bassin.

Pavel’s canvas “Beggars Children” (written in 1861, in the garden of his house in the Red Hills) perfectly shows us the life and life of that time. We see two beautiful, but sad, and probably hungry, babies who are dressed in everything that they have. The youngest child has great clothes. They are standing in the door, probably waiting for them to be given food. Children are very unhappy, they go from house to house, begging for their own food. The view of beggars gives the viewer a feeling of compassion, a desire to help them.

The picture is made on cardboard with oil. Today the canvas is stored in the State Russian Museum.

For his beautiful painting “Beggars Children”, Pavel Petrovich Chistyakov was awarded not only a gold medal, but also a trip to Italy. After returning from abroad, Paul decided to exhibit his work. Subsequently, he began to teach at the Academy of Arts. Among his students were Vasily Surikov, Ilya Repin, Valentin Serov, Mikhail Vrubel. Subsequently, the students became famous artists and spoke very warmly about their teacher.