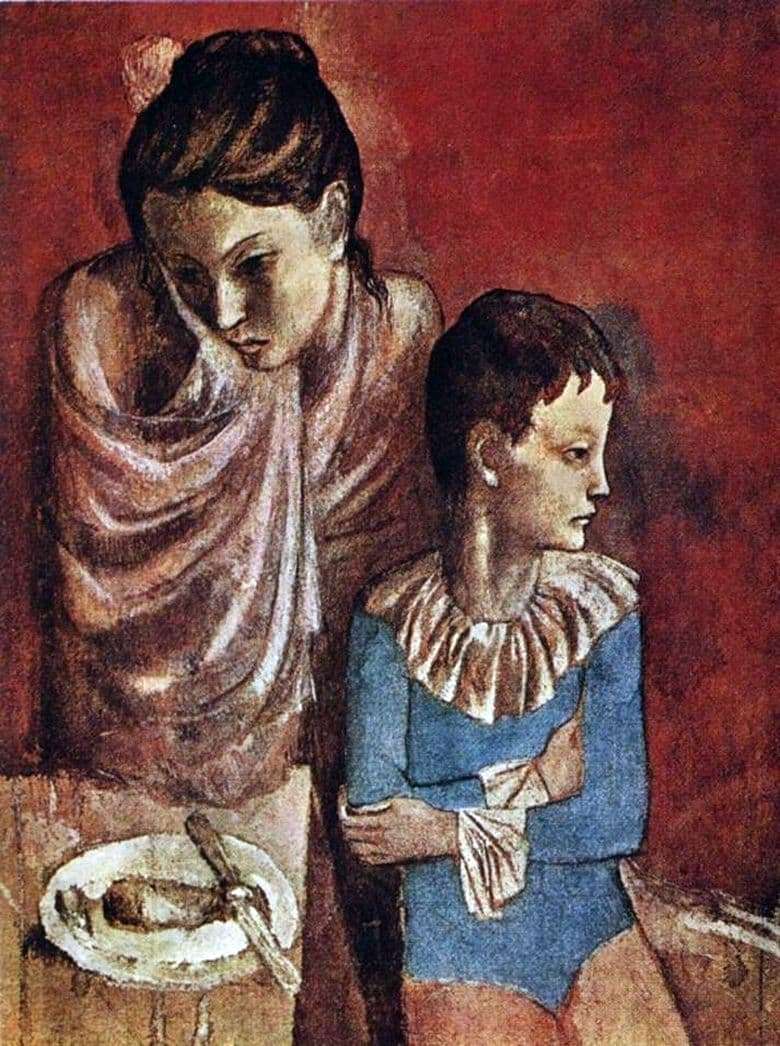 In the period 1904.-1906. the famous Italian artist Pablo Picasso had a special stage in his creative life, in which he applied only images of artists, acrobats and circus artists to the canvas. It was during this period that Picasso created his famous masterpiece Acrobats (Mother and Son).

We see how a mother and her son, dressed in tight circus clothes, sat down at the table. Before them is almost empty plate, one for two. The mother thoughtfully put her head on her hand, but deep sadness and hopelessness can be traced in her eyes, and her son, turning away from her mother, looks in the opposite direction with curiosity.

It was a very difficult period in the family of circus artists. People were on the road all the time, having to constantly tour to feed themselves. Looking at the empty lonely plate on the table, in which there should have been a delicious lunch, you know how much the actors were poor because the money earned was sorely lacking for a normal existence. Despite the boy’s rejected face, it’s also not difficult to guess what kind of emotions are inherent in a young acrobat, who has to work from an early age to earn at least some penny for his family.

The period in which the painting “Acrobats (mother and son)” was written was conditionally called the name “pink”, because for most of the works Pablo Picasso used a combination of pink hues, diluting it with gold and gray tones. This picture is no exception. The entire background is filled with a warm gamut of a delicate pink hue, close to the delicate red color. The artist depicted Kostya for the boy’s performance in a contrasting blue with a snow-white jabot around his neck and sleeves. It is noteworthy that for his works of this period, Picasso used real characters from the circus Medrano.