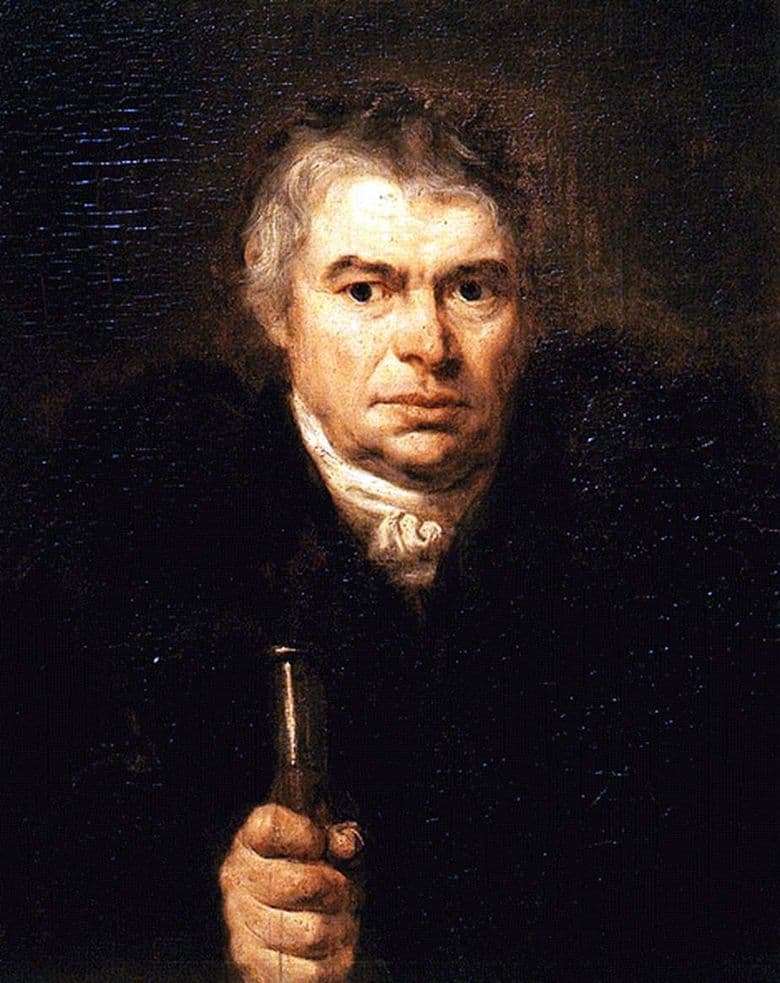 The canvas is considered one of the earliest and best works of the artist. The canvas depicts the stepfather of the master – he had seen a lot in his lifetime, a gloomy, self-confident old man, imprinted expressively, prominently, as in Rembrandt’s paintings. Slightly disheveled hair, energetic transitions of light and shade and capacious intense strokes emphasize the originality of the character’s character. The mastery of the performance gave the critics grounds to say that this was the work of one of the old masters, they even attributed authorship to Rubens or Van Dyck.

This portrait was so dear to the artist that he did not part with him and carried him everywhere.

The secret of the picture is that it is difficult to guess which social stratum the character belongs to. This character does not relate to any time or society. The author is fully imbued with the drama of emotions that took possession of the model. The relaxed, rich painting, underlined by the combination of an intense brown and ocher-golden color, as well as the way of highlighting testify to the artist’s analysis of the works of the Flemish masters.

The carcass stiff old man is depicted full face – looking directly at the viewer. His powerful shoulders are covered with a fur coat. The portrait cuts off the image of a man’s chest, leaving a weighty imposing hand in the canvas holding a massive cane with a metal knob polished to a shine. Warm golden light focuses on the face, accentuated at the bottom, on the neck, gracefully knotted white scarf.

On the face there are piercing wise black eyes, whose energetic, intent and inexorable eyes are riveted on the audience, as if looking into their souls. Gray hair in casually combed hair, clearly delineated wide eyebrows of a beautiful pattern, courageously squeezed mouth – all this characterizes an active, fearless nature. However, if you look more diligently, you can catch traces of care, tension and sadness in these wide-open eyes. Senile sagging skin on the neck, not hidden by a nifty handkerchief, an unkempt appearance of hairstyle emphasizes the vulnerability of a person who has lived a difficult life.

The portrait amazes with its artlessness, spontaneity and at the same time the artist’s loving and respectful attitude to the hero, the ability to emphasize the identity of the personality, highlighting the significance of the inner world.