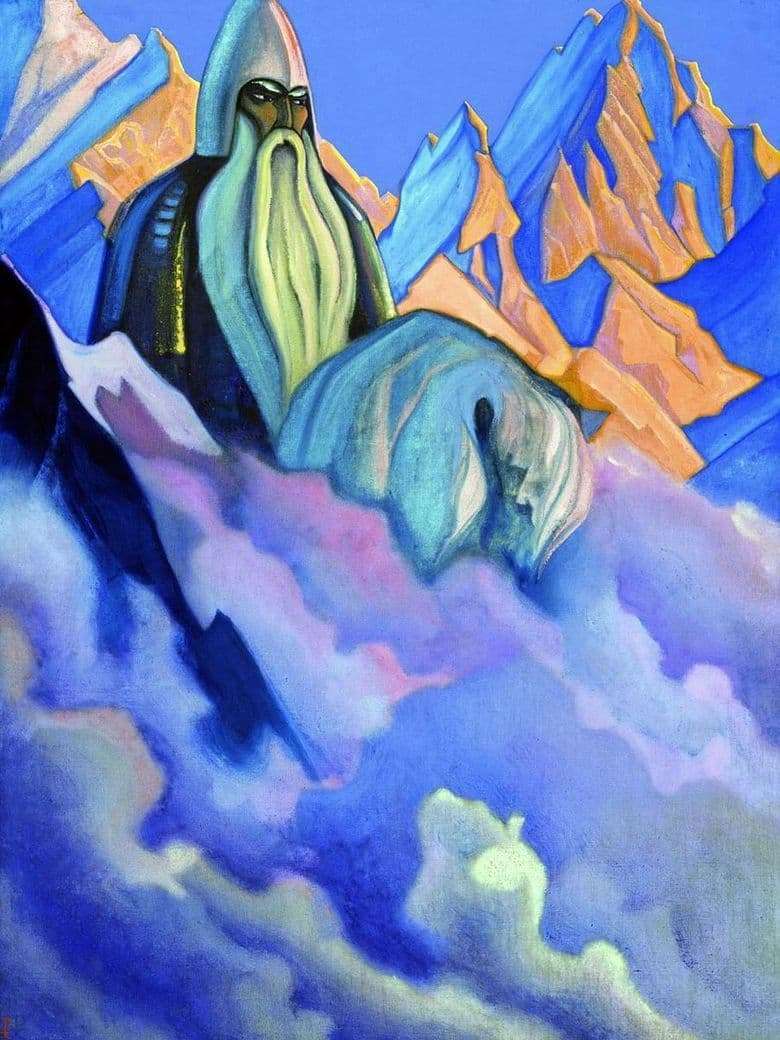 Nicholas Roerich’s painting “Svjatogor” was written in one of the most fascinating periods of the artist’s life. Now it is stored in the Moscow Museum of the Peoples of the East.

The heroic power and unshakable spirit of the Russian epic warriors always attracted the painter and became the subject for several of his paintings. In the most difficult times for Russia, they rose a mighty wall on the borders of our Motherland.

One of the most neglected heroes of Russian heroic epics is Svyatogor. There is no person capable of defeating him, however, he himself is not able to cope with his strong man of heroes. He walks on the ground, taller than the tallest trees, can reach up to the sky. Under his mighty tread, the earth trembles and quakes from the shores of the sea and the lake. Only the mountains are able to withstand its power. And Svyatogor-bogatyr is forced to live all the time in the mountains, only occasionally appearing in Russia. These deep philosophical motifs are confirmed in ancient manuscripts in Sanskrit, linking Russian and Indian folklore with invisible thread. It is to this topic that Roerich addresses.

The artist wrote “Svyatogor” during his interesting, but at the same time dangerous expedition to the Himalayas. In addition to his famous series of landscapes, he turns to the Old Russian story. We can’t know which mountains surround Svyatoslav – located on the Russian land or it’s the Himalayas. Also in the very image of the hero, one can guess the duality – the Russian beard and the attributes of a warrior – his helmet and coat of mail are combined with oriental features. In the face of Svyatogory you can also see the features of Nicholas Roerich himself, who is looking for the wisdom of the Russian people in the distant Indian mountains.