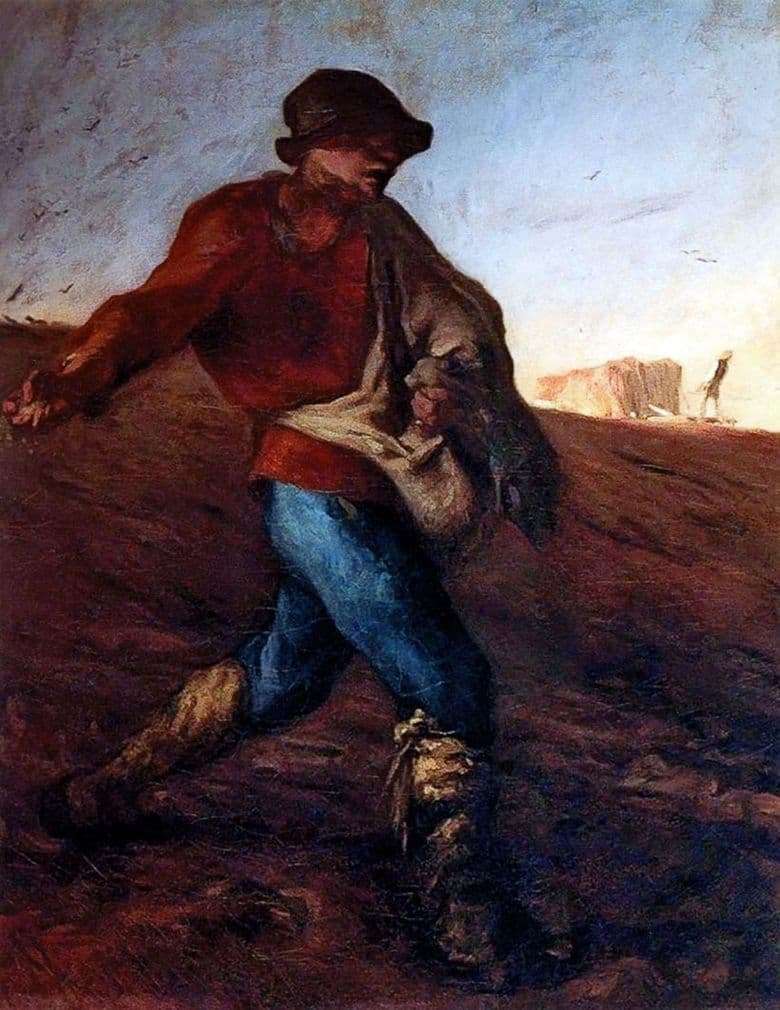 The early works of the artist clearly show us the mood of the time. The famous canvas “The Sower” shows us a peasant who, with a simple movement, tries to throw seeds into the ground. This is a simple peasant, rather poor, exhausted by hard work. Striding wide, he tries to sow a new crop. The face of the peasant Millet half hid, tried to portray the features of coarse, deliberately showing how hard the constant physical stress.

Despite the fact that the artist tried to place the peasant’s figure practically on the whole canvas, we can consider another peasant to his right, who controls two oxen harnessed to a team. The figure of the second peasant looks almost monolithic. Despite the accuracy of the transfer of each figure, each fold of their clothes, the whole picture is monolithic, is perceived as a whole.

The choice of themes Millet is not accidental, being at a young age, the son of poor peasants for a long time and he worked in the field, doing housework, collecting firewood in the forest. Despite the hard work, the boy found time to look around the world.

Beginning in 1849, Millet began his cycle of village paintings and canvases dedicated to rural works. In 1850, he wrote The Sower, in which he raised the peasant to the symbol of rural life. The artist has only a couple of gestures in his canvases to show how difficult the work of a poor peasant is, who has to struggle with nature one-on-one every day.