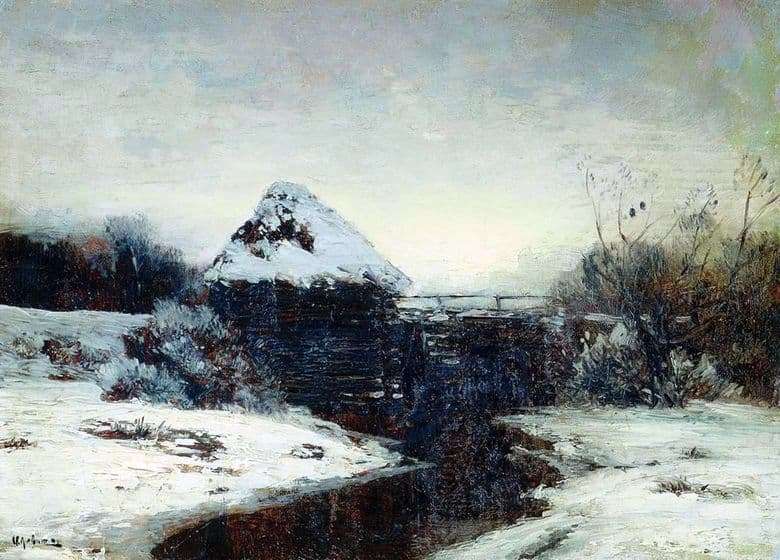 Isaac Ilyich Levitan was born into a Jewish family in the Lithuanian town of Cybarth, on the border with Poland. From an early age until his death, his origin was the cause of the constant humiliation of the artist and disrespect for his talent. Already while studying at the Art School in Moscow, young Isaac began to create the most talented landscape works. However, most of the teachers considered the boy’s fascination with the Russian landscape as insincere and contrived.

After graduating from college, Levitan received a diploma of a penmanship teacher, and not an artist – although even during the period of study one of his works was bought for a lot of money by Tretyakov for his gallery. Humiliation continued in the future – the artist was twice expelled from Moscow “for origin”. Only at thirty-eight, two years before his death, did he finally receive the title of academician of painting. All

these peripetias not in the best way affected the health of the artist – he suffered from an aneurysm of the heart and died in the prime of his life, leaving a large number of magnificent landscapes. Despite its origin, today Levitan is considered the “most Russian” landscape artist. In his paintings, he was able to capture the essence of the soul of Russian nature, to show the variability of her moods, the fine edges of the weather and seasons.

The painting “Winter Landscape with a Mill” is one of the most poetic “winter” works of Levitan. Despite the stinginess of colors and almost completely black and white color, the picture conveys the cheerfulness of the Russian winter. The thaw, depicted by the artist, allowed a small rivulet to throw off the shackles of ice. In the dark blue water reflects the winter sky, bare branches of trees and bushes. The banks of the river are hidden by lightly melted snowdrifts saturated with moisture. In the center of the picture there is a small old mill made of mossy black logs.

The thatched roof is almost completely covered with snow, but here and there the white cover crumbled, revealing to the world torn rotted sheaves of straw. Slightly further flimsy bridges are seen across the river, disappearing into the coastal bushes. The dark watery patches of the mill house bristled with dull brown grass, and slippery black earth appeared beneath it.

In the background is a dark ridge of the forest, lightly powdered with snow. Low bright, monochrome sky occupies more than a third of the picture space. Levitan believed that a real artist should write “not separate objects, but try to grasp the general, what life affected.” In the painting “Winter Landscape with a Mill” he succeeded in it to the full; behind the rhythm of light and dark colors, the subtleties of black and white details, the whole picture is formed.

Looking at the canvas, you literally feel like crunching, crushing and settling, melting wet snow under your foot, like icy melt water rushing happily making its way to the light. Considering the low skeletons of bushes beside the mill building, sprinkled with white powder, one can imagine dry black branches crunching in their hands, dropping snowy clothes on the ground. From the picture breathes a premonition of spring, an early thaw. Nature, depicted by the artist’s talented hand, is ready to break free from the shackles and to be reborn – but still dormant under the cold northern sky.