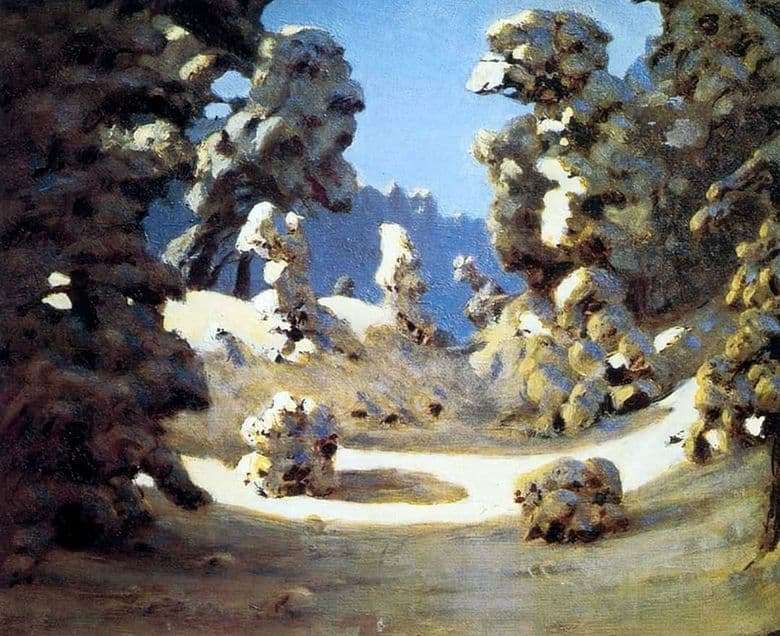 Arkhip Kuindzhi – an artist of Greek origin, born in the family of a poor shoemaker. The boy’s parents died early, brought up by his aunt and uncle. Little Arkhip studied poorly, but from early childhood he drew beautifully. But the future painter also had to work from a very young age, and he changed many different professions – tending geese, helping at a construction site, selling bread.

It was one of the employers who noticed the boy’s talent for drawing and advised him to go to Aivazovsky’s training, but Aivazovsky entrusted Arkhip only with paints. He also entered the Academy of Arts only from the third time. However, in the future, his talent was widely recognized, and the paintings invariably aroused the admiration of the audience. In maturity, he was a recognized master of the so-called “philosophical landscape” – trying to comprehend the “ultimate meaning of things” in his works, Kuindzhi experimented with colors and forms and achieved his own style, different from other artists.

Canvas “Sunspots on the frost” vividly illustrates the artist’s work. Bright, but mysterious sunlight repeatedly refracted and reflected in frost crystals creates a three-dimensional spatial composition. From the wide, smooth, rounded strokes there is a real image of snow-covered forest, deep soft snowdrifts that covered the ground, and fluffy branches of trees.

The dark blue trees in the distance almost merge with the azure color of the sky. The sun’s rays fall obliquely, creating dazzling highlights and deep contrasting shadows. The trees in the picture are generalized and resemble cumulus clouds – but everyone who has ever had a winter in a forest has a feeling of deja vu. The viewer seems to be in the middle of a snowy glade deep in the Russian forest.