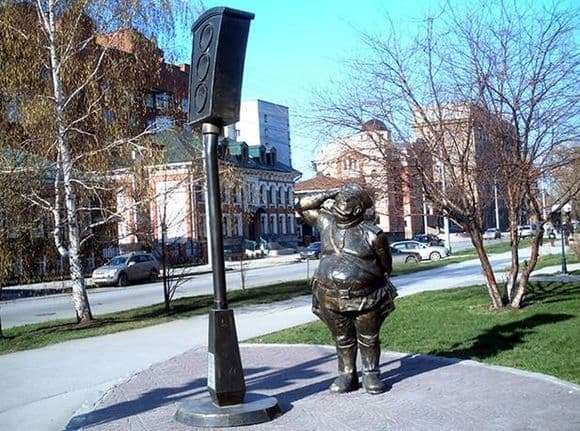 Such a pedestal for the first time in our country was built in the central part of Novosibirsk. This composition consists of a traffic light, welcomed by a policeman. It was located near the twelfth school, which is considered the oldest. As early as the fortieth year, the first traffic lights of Novosibirsk began to be installed. He had three sections, from electricity worked, but with a manual switch. At the disposal of the administration, they were installed not far from educational institutions, taking care of the safety of students.

The official opening celebration took place on the twenty-fifth of June 2006, when they celebrated the birthday of the city. And they dedicated this construction to the seventieth anniversary of the formation of the State Inspectorate for Safe Traffic.

The plot of the composition was created by Colonel Sergei Shtelmakh, head of the traffic police of the region, and Viktor Bulankin, head

The idea of ​​this design is that it is a symbol of the transfer of the baton from the old style to the new modern system. When control is transferred to the automation and guards are not required. The monument is made of life-size bronze. The guard stands silently and looks at wonder-technique with surprise.

The installation of the monument also has educational value. After all, the issue of traffic violations is discussed in every region of the country. The local administration uses such monuments as a good PR move. So that people of all ages do not forget about what traffic lights are needed for. Following Novosibirsk, such sculptures began to appear in other Russian regions. For example, a monument with a traffic light was installed in Perm.

Near the monument to the traffic lights, guests and the local population always gather. You can get close to him, hold hands, take a picture. Therefore, this composition causes many positive emotions.