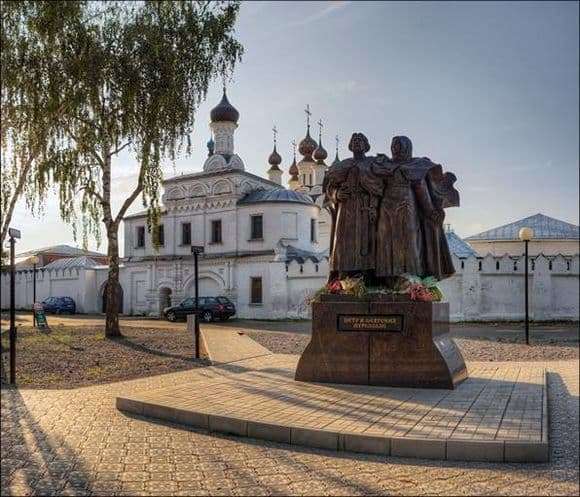 Most of the monuments cause people different feelings. After all, many of them are created in order to convey to the person some thought.

Especially important for the history and cultural heritage of the country are those monuments that carry a deep meaning in themselves, especially when it comes to religion. Monuments dedicated to the saints are located all over the world, and thousands of people come to worship or simply look at the saint.

In 2004, Patriarch of Moscow and All Russia Alexy II blessed the program for the installation of monuments to Peter and Fevronia of Murom. This was done in order to revive again the value of family, love, loyalty. To our countrymen a new look on marriage, children. After all, unfortunately, in the last decades the family institute has practically ceased to mean something.

Young people marry at first wish, or because a child should appear, after which something does not suit them and families break up. Unfortunately, the statistics of divorces in our country scares. Young families do not even try to overcome difficulties, it is easier to go and file for divorce. Only not many truly relate and are sacred to the fact that they are now married and there are children who need to be cherished.

Therefore, of course, such a good tradition as the formation of monuments to St. Peter and Fevronia in our day becomes simply necessary. The first monuments began to appear in 2009. It is symbolic that the first of them was installed precisely in the city of Murom, but its construction began earlier than the program entered into force.

Nowadays, monuments to Peter and Fevronia are erected in all the cities of the country. Most often, this event is tried to equate to the memorial date, the Day of these saints, celebrated in our country on July 8.